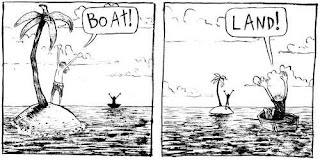 POV (Point of View), is an topic that could fill whole blogs.  My question today is this:  What do you think of multiple POVs in a novel?  I'm not talking about head-hopping (seeing into multiple characters' heads in the same scene, jumping from one to the other as convenient).  I'm talking about telling one chapter or scene from one character's POV and then using a different character's POV for the next chapter/scene.

In my YA fantasy novel, Far-Knowing, I divide each chapter into 2-4 clearly marked sections which alternate between two characters' POVs (with a third making a few appearances).  The two main POV characters are two young apprentice mages, both young women, but with different backgrounds, skills, aims, and opinions about the world.  And they don't particularly like each other.  I loved writing the story from both points of view because it showed how the world is more gray than black and white, and that two people can interpret the same event completely differently.


I've read quite a few books told from multiple points of view, including one of my favorite YA fantasy trilogies, Hilari Bell's Farsala, and a little one you may have heard of:  Game of Thrones.

It's interesting to me, however, how divisive the style is.  Look at a couple of reviews of Far-Knowing:


"I normally don’t like stories that switch a lot from one point of view to another, and back again. There have been rare cases where I did end up liking them, in spite of multiple POVs --- but this book is the first time I remember finishing a book and thinking that the multiple points-of-view not only failed to detract from the story, but also made the story better. From the perspective of someone like me who is biased against that practice, this is quite a testament to Melinda Brasher’s skill as a writer. It’s terrific."

-from a 5-star Amazon review
Vs.

"The characters were well developed and you really got to see into Kalli and Ista's minds. I do however think that the POV switches came too frequently. I would've preferred the format to be different, but it wasn't too distracting."
-from a 3.5-star review

"I absolutely loved the changing perspective of different points of view of individual characters. Things aren’t exactly as they seem to be. Very true."
-from a 5-star Amazon review

Out of curiosity, I just looked at reviews of Game of Thrones that mention point of view (8 POV characters, by the way), and most say that it adds so much depth, that we really get to know all the POV characters, that it brings the story to life, that it shows how even the bad guys can justify their actions and aren't all bad.  Several mention that they thought it would be confusing or unnecessary with so many POVs, but that it worked.  Several say it WAS confusing at bits but it was worth it.  A few have warnings that the multiple POVs may put off readers looking for a simple tidy read.

So, what do you think?  Have you ever written anything in this style?  Do you have any examples of books you love (or don't love) told like this?  When you read one, do you find yourself hurrying through one or more POVs to get to your favorite character?  I'd love to hear in the comments.

And to see for yourself what you think of the POVs in Far-Knowing, Farsala (Fall of a Kingdom), or Game of Thrones, click the links below.

Far-Knowing, by Melinda Brasher
Fall of a Kingdom (Farsala #1) by Hilari Bell
Game of Thrones by Geroge R.R. Martin

Melinda Brasher loves casual hiking, taking photos of nature, playing in the shallow little river that runs through her Czech town, and hanging out at home writing.  Her short fantasy story, "Chaos Rises" is now FREE on Amazon (and everywhere else).  Her microfiction (38 words) recently won honorable mention in On the Premises' Mini Contest #25.  Read "Dusk" for free here.  Or visit her online at www.melindabrasher.com

At the risk of sounding like a literary snob, those who can't handle a jump in POVs (when they're handled well), may want to do a self-check on their reading skills--and maybe consider reading more literature that does jump around. Once that's done, then--and only then--can we decide based on personal taste. I say this because some of the most valuable literature--Nobel winners and the like--are written with multiple POVs and it behooves us to have the reading skills to not only read them but digest them! (-:

Having said that, authors should be double-checking to see if their POV switching techniques are up to expectations. I once read one of the well respected and talented Jonathan Franzan's books that switched POVs 32 times withing the space of one or two of his chapters. He is very skilled and certainly I followed the changes, but I wasn't impressed. It felt show-offey and I, as a reader, was distracted (obviously!).

I personally like different chapters to be written from different points of view, but only one POV per chapter. I like it because it allows the author to let the reader see a character in different ways and that opens a realm of possibilities for character development, exposing motivation, etc.

I like changing POV as well. I think it adds dimension to a story.

Melinda, interesting post. I think multiple POVs is fine depending on the genre you're writing for. In young children's writing it's a No-No,

For the older middle-grade up, I think including more than one POV can enhance the story.

I also think it interesting that a lot of older classic literature was written in omniscient, whereas nowadays omniscient is almost a taboo. Sometimes I read modern literature and I think, "this is head-hopping all over the place. My critique group would hate it." Then I realize it's actually omniscient.

I love reading stories from different POVs. I love the book "Sisters of my heart" told in two voices.

It's horses for courses really, isn't it? You can't please everyone. The bottom line is that no matter what, the darn thing has to be well written.

Boy, is that true, Widder!

I like changing POVs sometimes. It's distracting when it feels forced - when the author chose the POV because it's time for a change, rather than because the story demands it. It's annoying when it's repetitive - same scene, alternative view, putting the story on hold. It's frustrating when it's cloudy - I have to read the chapter title to realize whose head I'm in 'cause they all sound alike. But when it works, it's great. 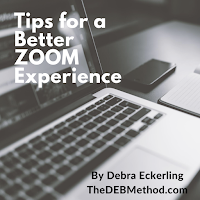