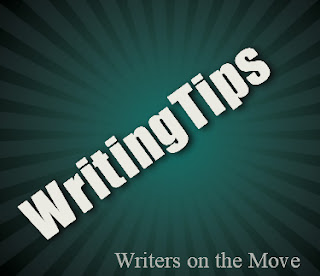 "The harder the conflict, the more glorious the triumph” - Thomas Paine

Authors love to incorporate conflict not only into their stories, but into the very fabric of their characters. It is conflict that drives the plot forward and engages the reader. The more adverse the conflict is, or a state of opposition, the more rewarding the victory is to the overcomers.

According to Gillian Roberts in You Can Write A Mystery, the fundamental element of all drama is conflict, a clash between good an evil. Life vs. death. Law vs. disorder. There are internal and external conflicts and personality conflicts with people of different goals, hostile witnesses, uncooperative employees, or frustrating red tape. Murder is often the “crime of choice” as it is the ultimate offense and “therefore produces the most absolute and unequivocal conflicts.” But conflict can manifest in numerous other less-violent forms, as long as it wrongs the accepted norms of a society or individuals. Gillain suggests the two sides of conflict be equally weighted (easier said than done). The protagonist should be the mental equal of the antagonist. Otherwise, it’s an unfair fight or a rout rather than a difficult quest and the tension would be reduced.

Internal conflict, or the conflict that takes place within the mind if a character, and external conflict, the struggle against some outside force, can be deciding factors as to what separates a good story from a great story. The protagonist has to meet a challenge and conquer it. But it’s hard if not seemingly impossible. He’s repeatedly foiled time and again along his journey, but must press forward. There is also conflict between individuals and their interactions, whether they are friend or foe. Characters can have differing goals. There can be hostile witnesses or frustrating beaurocracy and red tape.

Conflict also offers the author the opportunity to weave into the plot twists and turns that will keep the reader up late at night, turning the pages. When the protagonist, antagonist, or other characters overcome a seemingly insurmountable obstacle, the author can take advantage of the opportunity to bamboozle the reader by shifting the plot and make an unexpected sharp left or right turn.

Utilitarianism, or conduct directed toward promoting the greatest good for the greatest number of people, provides an excellent opportunity for an author to implement the element of internal and eternal conflict. Throughout history, men and women in positions of authority, during exceedingly excruciating circumstances, have had to make utilitarian decisions that affect countless lives and history itself. During World War II, Allied decision makers had to sacrifice entire towns and cities in order to take one more step toward winning the war. Dropping nuclear bombs on Hiroshima and Nagasaki in order to save literally millions of American and Japanese casualties would be another extreme example.

In my book Breakthrough, Chase Manhattan’s utilitarian decisions may seem to be on a much smaller scale. However, as the Breakthrough trilogy progresses, we see a Pandora’s Box that is opened and the key is the discovery of wormholes. Indeed, a seemingly innocent breakthrough that can benefit mankind can instead threaten life as we know it and send us back to the dark ages. The protagonist must overcome his own internal and external conflict if he is to stop the madness and destroy this breakthrough discovery.

How to Get A Writing Win

Writing to Get Published - 5 Power Tips

Steve, excellent post. Did you really name your main character after the bank? I'm intrigued -- now I'll have to go pick up your book.

I'll include a quick link of how I came up with Chase's name http://stephentremp.blogspot.com/2010/07/name-game.html And thanks for your interest in Breakthrough! If you want to pick up a copy, please use the links from my blog to be sure to get the cheapest price. Have a great weekend!

Steve - I got a giggle out of the name game post. Confession time: I "borrowed" the first names (slightly altered) of a couple of my foreign born co-workers when generating names for my current work in progress, a sci-fi. Also borrowed the last name of one of my favorite American Indian native american flute players.

I'm eager to download your book, but have to wait until my laptop is out of the repair shop, as I have no ebook reader and can't download the app to the laptop I use for my day job.

Good post. Conflict is essential to a good story. The reader will quickly lose interest if there is none. I like the name game too!

Stephen, great post. Conflict, internal or external, is a major factor in all fiction writing, even for children's books. Your book really does sound intriguing. When I'm caught up with myself, I'll be downloading it also.