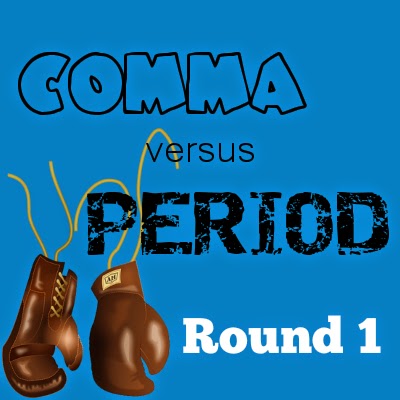 Commas and Periods in Dialogue

We all love dialogue in books, but your readers will love it less if it’s punctuated awkwardly. Here is the solution to a common error in dialogue punctuation.

First, make the distinction between what I call “dialogue tags” and “action tags.”

A dialogue tag uses said or another similar speaking word.  For example, “he said,” “I asked,” or “she whispered.”  As long as you don’t get carried away with attention-grabbing synonyms like ordered, commiserated, murmured, contradicted, these dialogue tags are good because they’re short and almost invisible.  They let the reader focus on the dialogue itself.  However, you don’t want to use them with every line of dialogue, or you’ll sound repetitive and choppy.

An action tag does not contain a synonym for said.  Instead, it’s simply an action the character performs before, during, or while speaking.  Example: “Magda slammed her fist on the table,” or “Simon carefully untangled the knotted rope.”  These are great because they break up the dialogue while giving either a better insight into the character or a better image of the scene as a whole.  When using an action tag, you don’t have to put in the dialogue tag—and usually should’t—because the reader understands that the person doing the action is the same person speaking.

Magda slammed her fist on the table.  “I’m not going to ignore this any longer.”
“So, you think I’m manipulating you.”  Simon carefully untangled the knotted rope.

Rule #1:  Use a comma with dialogue tags.

“I love you,” she whispered.
He said, “That’s unfortunate.”

Rule #2:  Use a period with action tags.

“I love you.”  She twined her fingers through his.
He coughed.  “That’s unfortunate.”

When combining the two types of tags, you’ll usually need the comma.

He rose to his feet and shouted, “Not guilty!”
“Order in the court,” the judge demanded, slamming down his gavel.

If your dialogue ends with a question mark or exclamation point, capitalize as if it were a comma.

“Do you love me?” she asked.
“Absolutely not!” he yelled.

There is room for debate here, on some verbs like laugh, sob, spit, etc., which involve the mouth or throat, but aren’t really speaking words.  For example, I think that you can sob out words, so I can use “sob” as a dialogue tag or an action tag.  I also think you can laugh and talk (rather unintelligibly) at the same time, so I sometimes use laugh as a dialogue tag.  When you’re really angry, I think you can spit words.  Others disagree.  I believe, however, that if you make the conscious decision on a gray-area verb, it’s a matter of style, not a mistake.

Punctuation is a guide for your readers.  Make it work for you and for them.

For more, read Part 1: Commas Save Lives; the Vocative Comma.
Join me next month for more about the exciting world of punctuation.


Note that these examples and rules are for Standard American English (SAE).  Punctuation in other regions may differ.  If you have any examples of difference, we'd love to see them in the comments below.  Thanks! 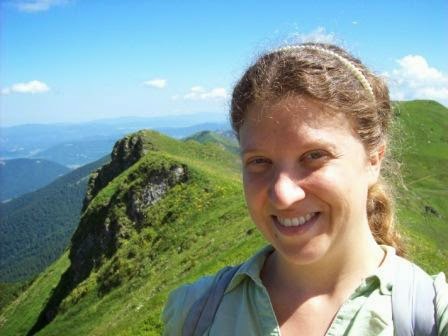 Read Melinda Brasher's free short story, "A Learned Man," on Electric Spec's current issue.   It's a bit of a ghost story based on a two-page folk tale she read in a library in small-town El Salvador.  Inspiration will sneak up and whack you on the head if you're not careful.  You can also find more of her work on melindabrasher.com
By Melinda Brasher - July 03, 2014

Melinda, nicely put. New authors usually have a problem with the dialogue and action tags. I've debated with myself over the 'questionable' or 'grey area' tags. In my writing journey I've been told you can't cry dialogue and so on,. But, I agree with you. You can sob and speak, you can "spit" out words while fuming, you can roll over in laughter and speak. As you mentioned, it may be unintelligibly, but it's still dialogue.

Thanks for a well-written article Melinda. I also agree that you can use some action tags with your dialogue. You can certainly laugh words like "What?

Thanks Melinda, these are potentially tricky areas, made even more complicated by having different rules in different parts of the world (like whether you place the comma before or after the quotation marks).

Magdalena, great point. These are Standard American English (SAE) conventions. I know that in British English, the period and comma sometimes go outside the quotation mark, if the punctuation isn't technically part of the quote. I think, however, that British fiction tends to punctuate character dialogue in much the same way as SAE. British English may use single quotes instead of double quotes, however, and may call them "inverted commas." I think there are also variances (both between and within American and British) about whether to capitalize the "he said" after an exclamation mark or question mark.

Does anyone out there have any insights on differences in English punctuation in different parts of the world?

Yeah, the gray area is tricky. So do you sometimes let your characters sob dialogue, or have you shied away from it so far?

This is a very helpful post for me, Melinda. I can be more precise now in punctuating correctly. Thank you!

Exactly. I'd take issue with this:

"He was wearing the biggest hat I've ever seen, pink and sparkly," she laughed.

Instead, I'd punctuate it traditionally:

"He was wearing the biggest hat I've ever seen, pink and sparkly." She laughed.

But I have no problem with this:

Again, others will disagree.

Thanks for the advice Melinda. Very helpful.

Dear Melinda,
I enjoyed reading your post about dialogue tags and action tags. You explained it very nicely. Thank you.

Never Give Up
Joan

As a new author, I thank you for this information. My editor has suggested I add more dialogue, and sometimes it's tricky knowing how to punctuate it properly. This will help! :)

Glad you stopped by, Stepmom! The gift "Editing Books Like a Pro" has lots of dialogue tips. You can find it at the top right sidebar on this page! It will definitely be helpful.