Writers: Pin Down Your Alter Ego(s) 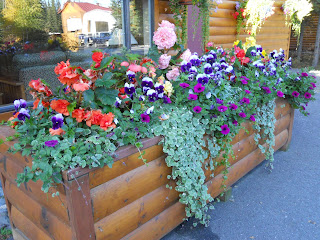 Give your garden sunshine, water and food. Watch it thrive.
Whatever the origin of your character, whether it be a kid you knew in your childhood, a composite of kids you've known as in the character of Tom Sawyer who was based on a number of boys, or other observations you've made of kids; identifying and understanding the different sides of your own personality can only help.


A helpful resource in character development is Elaine Marie Alphin's (1955-2014) book, Creating Characters Kids will Love. Alphin, author of Ghost Cadet and Ghost Soldier, as well as YA books and books for very young children, said in an interview, "There's a little of me in just about every character I write. I think there has to be, in order to give each character life."
Some of your character creations may surprise you. Those are the best ones. Alphin said, "This comes into play when you try to make the character do something you thought was essential, but he refuses to do it! He wants to do something else. He has just surprised you. This is a wonderful moment! When it happens, let him do it and see what happens. Often he'll do something that's more effective than what you had in mind in the first place."
Keep a Character Journal
A good way to begin is to keep track of your "persons of interest." Describe the way he dresses, her mannerisms, what attracted him to you, etc. In her book, Alphin goes into great detail about capturing what the people were like in your childhood, the things they did and what you thought about them.
Ways to Inform Character Creation

1. Make your character care:
2. Create a plot that propels your character to find a solution to a problem, solve a mystery, and in the process change to become a better person.
3. Throughout the book there are exercises that are great for ways to develop your characters, as in this example:

3. At your story's resolution, show how your character has changed and grown.
Photo: From Linda Wilson's collection, taken on a warm fall day in Alaska 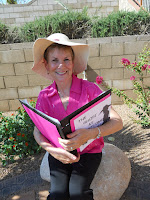