One Last Edit: Re-think before Submitting 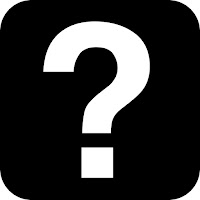 Can you look through your completed book without making any changes? I tried it after thinking I had finished up the basic editing and even the polishing. There couldn't possibly be anything more to "fix," thought me. Wrong. I found more changes, important changes, many changes. Throwing caution to the wind, I gave up all notions of completion and continued, alternating between rummaging through additional passes as the need occurred to me with my pinpoint-sharpened #2, and then laying my book down to rest for short periods of time. My conclusion? The persistent question: When will I ever be done?


What do I need to re-think?
While in the throes of this quest I decided, what the heck, what's one more pass? I came up with:  What do I need to re-think? It turned out to be the most revealing edit of all. It resulted in a title change, removal of a subplot (that was BIG, but I had to do it), addition of a character (that was fun), rearranging some of the scenes and re-checking the arcs, making sure someone or something didn't fall off the face of the page. Each character arc, including arcs in each character's dialogue, and each event, had to be followed from beginning to end. If I hadn't done that particular check, pearls of the necklace I had begun to string would have fallen off before the clasp could have been attached. Nightmares could have resulted. I could have wound up with another fire-engine red I, another school daze Incomplete, only this time from an editor and not my teacher (if I should be so lucky!)

Take One More Look
If you grow weary of so many revisions, give your story a rest and come back to it later. One of my writing instructors once told me, you don't write a book, you re-write a book. When at first I thought I was done, I had to disengage from disappointment when finding so many glaring errors. This must be the armor people talk about that writers must grow and wear, and perhaps why people admire authors so much. For the fortitude and single-mindedness it takes to do the seat-time, on and on, until we are finally satisfied with the finished product, whatever it takes. Being sure of your work is a must if a writer wants to produce a sparkling, page-turning, humdinger of a book!

Linda, I have been after people to do extensive editing before submitting to contests, agents, publishers, etc. – – even to their editors. Because it will save money for them. Having said that, the new dictating feature on iPhones and other places is making it extremely difficult. We edit. And then the dictator makes up its own mind about what we want to say. Sometimes even after we have done the editing. Sometimes it seems as if it does it after we have clicked on "post."

Linda, great information. Just about every writer can continually find things to edit. I'm not quite sure there's such a thing as a perfectly edited story. If you have someone else take a look at it for you, then you have a better chance.
On one of my clients books, I edited it at least three times and still had an obvious mistake that the client brought to my attention. Sometimes we just glaze over what we intended to write, not seeing what was actually written. And, as Carolyn mentioned, if you're dictating, that's a whole other editing beast.

I should have mentioned that these edits came after having my book read by several readers and by two pro editors, one critiqued it three times. I was taking a blueprint course offered by Jon Bard and Laura Backes and found advice in their literature that made me look twice (many more times then twice). So a good deal of advice came from them. I just finished another edit! It's written in close third person, so I added a few more thoughts, heightened the tension in a few places and added back in hints of the next two books (which I had taken out--they're in again). Jon and Laura say to go back and forth from writing on paper to writing on computer. They say a different part of the brain is used when writing on paper. Hopefully this has helped my self-editing process since I've changed it so much since it's been read by others. I don't have experience dictating but can imagine the frustration from what you've said, Carolyn. My book will get edited by the self-pub company I went with but guess what, I used a pseudonym, advised by an expert, so that I can traditionally publish other books, which I plan to do.

The reason Mark Twain kept doing new editions of his fiction is that he couldn't resist making changes! If Mark Twain can make his work better, I don't see why we should be expected to look at ours and think it is perfect. Maybe we should pity the writer who does that. Something can be said about growing our techniques, no? (-:

Ha! I guess every writer has the same itch - keep making it better!

Linda, I just noticed you said that you used a pseudonym so you can also traditionally publish. I'm not sure that would be a stumbling block. We should actually ask in the group.

I feel a little better because I'm STILL EDITING THIS FIRST BOOK!!!I have to fight my naysayer who tells me I should have turned it in long ago. I keep saying it, but it's really, really almost ready now! As for a pseudonym, good idea to ask the group, though I've moved away from that idea.

Linda, I'm glad you moved away from the pseudonym idea. You want to establish yourself as a children's writer. A number of authors are now hybrid.