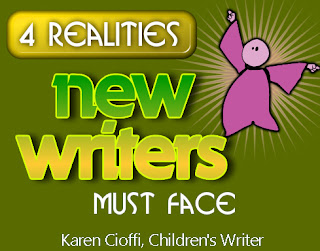 Writing can be a tough field to be in. Some authors seem to make it overnight, while others struggle on for years with not much success.

There are at least four must-know tips that every writer should be aware of to help get over the bumps in the road.

1. It’s going to take time to write your story.

It’s important for new writers to know writing a story can take a while – if you want to get it as ‘right’ as possible.

One reason for this is you should occasionally take a break from your story to look at it again with fresh eyes. Maybe in a week or so.

Another reason is as you’re going along then reread your story, you’ll no doubt find things here and there that you want to change or that doesn’t read right.

And, often, writers don’t know when enough is enough. You keep trying to tweak the story until it’s ready to go,’ at least in your eyes.

While there are events like ‘Novel in a Month,” most of those who participate create a draft in 30 days, not a ready to submit manuscript.

So, expect it to take a while to write a story you will be proud of. And, don’t try to rush the process. If you get done sooner than expected, it’s icing on the cake.

2. Don’t expect your first story to make it.

Your very first attempt at writing a book may not be the one that actually gets published. In fact, chances are it won’t be.

It may be that the story just sits in your computer, in a file somewhere. Or, you may occasionally work on it, never being quite satisfied with it. Or, you may keep submitting it, but it never finds a home.

What do you do in the meantime? Keep writing. Get another story started and keep honing your craft. Don’t be discouraged.

New and seasoned writers can benefit from critique groups or having a critique partner. It’s almost impossible for a writer to see her own work with fresh eyes. You know what you intended to say, so even if it’s not really there, you will see it. You won’t know if you’re missing clarity or possibly a blatant grammatical error.

And, there are all the other writing pitfalls, like character development, plot, story arc, and so on, that you may glaze over.

Another writer, particularly one who writes in your genre, will be able to spot what you may be missing. Or, at the very least, give you some insights.

4. Don’t compare yourself to other writers (at least try not to).

Writers can feel insecure in their abilities, their progress, and their successes. This one goes for authors and freelance writers.

You may feel other writers you know are getting publishing contracts while you’re not. Maybe you’re a freelance writer and don’t feel you have enough credits. You may feel you’re not as good a writer as others.

It may be hard to do, but DON’T go there.

If you think you need to hone your writing skills, take classes and hire a writing coach. Instead of feeling unworthy or discouraged, take steps to move forward.

Keep honing your craft and persevere your way to success.

Okay, this is a bonus reality, but super-important. If you don’t submit your manuscript, it’ll never find a home.

If you don’t query magazines to get a foot in the article writing arena, you’ll never get an article in a magazine.

Don’t procrastinate and don’t think you’re not good enough. Just go for it. Do the work and SUBMIT. Remember, nothing ventured, nothing gained.

Karen Cioffi is an award-winning children's author and children's ghostwriter.

This article was originally published at:
http://karencioffiwritingforchildren.com/2016/05/15/4-realities-new-writers-need-to-face/

I am glad to see WritersontheMove taking good care of newbies!

We try to have something for all authors and writers at Writers on the Move, no matter what stage of their writing career!