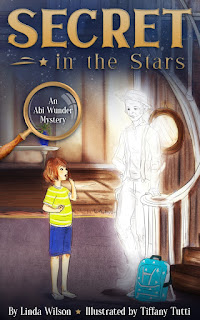 Part of the service of the “vanity” publisher I once worked with was a the inclusion of a Kirkus Review. I call the publisher “vanity” because I paid for a package that included editing, some promotion, promo materials, etc. Due to unscrupulous practices by this publisher, I canceled my account. I was able to retain the Kirkus review, which was received in 2018, and the files for the manuscript and exterior and interior illustrations, and eventually self-published my book, Secret in the Stars: An Abi Wunder Mystery.

But a dilemma soon surfaced. The Kirkus Review was not an entirely positive one. In that case, I had to make a choice. I could quote the positive comments in my promo materials, including the book cover, but Kirkus reserves the right to publish the entire, unabridged review on their website. Or, I could keep the review private. In that case, I wouldn’t be permitted to use any part of the review in my book’s promotional efforts. Instead, I could use the reviewer’s comments to help improve the book. I chose the latter, and continued revisions up until July 2020 when I self-published the book with Amazon. Once the book was out, in my search for reviews, I revisited Kirkus to see if a second review would be possible. Here’s what happened.

The Pros and Cons of a Kirkus Review

A traditional review starts at $425 and is promised within 7-9 weeks. I received a $50 reduction from an ad I found on Facebook for this type of reivew. An expanded review can be had for $575, and a picture book review starts at $350.

According to authors surveyed for the Alliance of Independent Authors article, “Watchdog: Is a Kirkus Review Worth the Price?” by Giacomo Giammatteo, the benefits of purchasing a Kirkus Review are mainly:

However, Giammatteo’s article points out drawbacks. The majority of authors surveyed for the article (16 out of 21) felt that the reviews were “not worth the money.” Why?

I bit the bullet and decided that my book needed credibility. So, I applied for a second review and hit a brick wall. I received a rather curt response indicating that “we cannot review the same book twice, but if you make changes significant enough to render the previous review obsolete, we will consider conducting a new review . . . we ask that you include a letter to our editor outlining the changes with examples and page numbers cited. Our editor will ultimately decide if the changes are significant enough to warrant a second review.”

Give me a challenge like that and I can’t pass it up. The review back in 2018 found five flaws that I admit were significant. I took the flaws seriously, and went through each one, editing them throughout the book. Much later after I had left my publisher, I decided it was an opportunity to do more work on the book. I had the book reviewed by professional editor and revised it even more, until finally publishing it in July.  Here is a condensed version of what the original reviewer found:

In my application for a second review, I listed each of the flaws in large, bold, letters, and then went about looking up the passages in the original manuscript and how I had changed them in the published version. In a nutshell, it was a tedious exercise at best, which took three days to complete. The deeper I dove, the more determined I got. The last comment is what made my blood boil over:

Many of the authors interviewed felt that their $500 would be better spent elsewhere. One comment suggested Chanticleer Reviews and Matt McAvoy's Book Reviews. Pubby also offers reviews. I tried Pubby's trial offer but declined to continue as I felt I don't have the time to devote to it. The best advice can be found in Carolyn Howard-Johnson's book, How to Get Great Book Reviews Frugally and Ethically, which I keep on my desk along with her other terrific books, such as The Frugal Book Promoter, and her other books.

My new Kirkus Review is promised by mid-October. I'm hoping it will be positive. No matter. This time around, I am going to use the positive parts--hoping there will be some--in my promotional material. Then I will have come full-circle with Kirkus. I hope my gamble pays off.

Linda Wilson, a former elementary teacher and ICL graduate, has published over 150 articles for adults and children, and several short stories for children. She has recently become editor of the New Mexico SCBWI chapter newsletter, and is working on several projects for children. Secret in the Stars: An Abi Wunder Mystery, Linda's first book, is available on Amazon, https://www.amazon.com/author/lindawilsonchildrensauthor. The next book in the Abi Wunder series, Secret in the Mist, will be available soon. Follow Linda: https://www.lindawilsonauthor.com

Thank you for telling us the details of your experience with Kirkus Reviews. I've heard about them for years and never used them. Your article is a valuable service for other writers.

Linda, I missed this post. Great information on your experience with Kirkus Reviews. And, on the second round you received some position comments along with the critical. I'm sure any positive from Kirkus will be helpful!

Thank you Linda - your journey is producing helpful tips for all writers!

Thank you, Deborah, and journey it is!

Linda, I talk about what used to be Kirkus' stellar reputation and how it has been tarnished by their choice to sell reviews. Many authors who have paid for them feel the money spent worthwhile just because of the prestigious name, but many others complain that rarely do those paid-for reviews give them even a blurb that they can use in their marketing. They are often bland and non committal. Further--ethically a good thing here!--they make sure that readers of their magazine know which reviews abide by journalism's ethical standards (that is, NOT paid for) and which are. Thus negating most of the value they provide. You can tell, you got me started here! I think we all understand that every journal must get enough donations, enough support to exist--or make enough money somehow. The fact remains that many credible journals still get by without doing paid-for reviews. It really boils down to this: Gatekeepers in the industry--the ones in a position to buy books like acquisition librarians, book sellers, etc--know the difference between free, ethical reviews and author-paid-for reviews. So, really! So much lost. So little gained. I wish I had known you were considering it and you would have heard this little rant (or read it in my book --bit.ly/GreatBkReviews--first!

Yes, Carolyn. I wish I had read that in your book! Never again. Lesson learned. Thank you for your informative comment. I have two sentences I can use. That's something, I suppose. But I will go on to greener pastures next time.

Indie Authors: The Joy of Working with Artists

Page with No Words, by Illustrator Nancy Batra Today we indie authors—an author who has published a book at personal expense—a self-publishe... 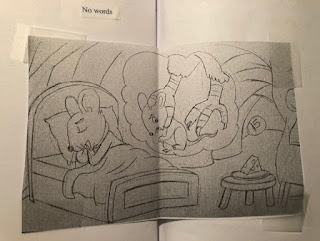