Once a story is written, is changing the story from one genre to another or from one audience to a completely different one a good idea?

When I had a vision of a house one day a few years ago, I wrote two pages of a story that was supposed to be a past lives/metaphysical story for adult readers. I put the two pages aside for a couple of years. When I came back to it, the secret passages and the secret messages kept urging me to write the story. I created secret coded messages and urged my character to follow the paths and find the clues as to why the house was so important to her. I finished the story. I had worked long hours and many nights on the codes and secrets of the house. When I felt it was ready for my editors to give me their feedback (at the time I had two friends who are also writers who were big sources of encouragement as well as being great editors), I sent them the story. The first comments I got back were, "The story is too complicated; I stopped reading about a third of the way through." "I got bored with the details of the codes and all that stuff you had there." The second editor said I needed to turn the story into a children's story, in other words, completely change my thinking on the story and rewrite it. When I got those comments back, I felt like the story wasn't worthy of being told. So, again, the story went on the back burner for a year or so.

During the time the story had been brewing or maybe it was stewing, I started on my state stories. I was at the beginning of my publication route when I decided to pick Kelly back up and think about rewriting her story. I had been participating in NaNoWriMo as a cheerleader and source of encouragement for my friends for several years, not really tackling the task of writing my own novel during that time. (And for those of you not familiar with NaNoWriMo or National Novel Writing Month, it is basically the month of November where the goal is to crank out 50,000 words of a novel or several stories in 30 days. We are almost halfway through the month at the time of this writing and there are some impressive numbers being posted on the NaNoWriMo site. This is a time when writers from all over the world keep their heineys in the chair and just write like the dickens during the month. But don't let that 50,000 word goal throw you off, you can set your own personal goal, which can be less or more, but you will not receive the winner's certificate at the end of the month if you don't write at least 50,000 words during the month. This isn't my reason for participating in NaNo; rather, my thinking is to hobnob with other writers and hope to be inspired to write a novel one of these days.) In November of 2008, after having had my first state mystery published and taking on my big promotion task (this meant traveling to different events trying to get my name out there) and sort of participating with Mr. Hughes' class during the little bit of time I could spend with the class at the beginning of November, I decided to rewrite Kelly's story.

I didn't start rewriting the story until the middle of November and completed it 30 days later, with the awesome cheerleading skills and encouragement of my two editors, topping out at about 56,000 words. Wow! I wrote a novel or 50,000 words in 30 days. That was a major accomplishment for me since all my previous stories for contests and even my state stories had not been longer than 10,000 words, and maybe not even that long (I think my longest story at the time was just over 8,000 words). I was very proud of how the story turned out. Yes, I totally started over so none of those 56,000 words were part of the original story other than the character's name staying the same and the house being full of secrets and enticing Kelly to find out what the secrets were. The theme was there; it was no longer a "past life" story but it did involve a ghost of sorts. And I totally went from a story geared for adult readers to a story geared for the young adult reader.

What, you may ask, did I come up with? A YA paranormal mystery called Finally Home. I took Kelly from being a 30something-year-old going into a house that she had been in before in a previous life to a 14-year-old who is uprooted when her father's company moves them to a podunk town and she is immediately attracted to a house across the street from where they are living. There is something in the house that beckons Kelly and with the help of Emma, the nosey busybody neighbor kid, Kelly finds out all the secrets. The house is more than an eyesore that needs to be torn down and Kelly finds out why. Did I make the right decision in rewriting my story for a totally different audience? I feel I did.

I finally finished the revisions on Finally Home (see last month's posting on this blog about revising) and submitted to my illustrator/graphic designer for her magic and received my first proof copy two days ago. I have gone through the proof copy and made some requested changes, sent them back to Heather and she has done her magic fixes. The ms is now back at the printers (I use createspace to self-publish my stories now) for review (usually within a few hours or a day or so, I get a notification that the book meets their specifications or not and then have Heather fix, if necessary, or go ahead and order a proof copy). I am now waiting for the review to be completed so that I can order the second proof copy, and barring no errors that I can detect on the read through (I will find them after I release the book I'm sure, so if you order a copy and find any errors, it's okay to let me know - lol), Finally Home will be released to the public, just in time for the gift giving season. I am taking preorders now so that as soon the book is released I can just place the order and have copies in your hands before you plan to give to someone as a gift. Orders may be made on my website. Copies are just $15 and that includes shipping.

--------------------------
ABOUT THE AUTHOR: Ms. Eldering is the award-winning author of the Junior Geography Detective Squad (JGDS), 50-state, mystery, trivia series. Her stories "Train of Clues," "The Proposal", "Tulip Kiss", and "Butterfly Halves" all placed first, second, or runner up in various contests to include two for Armchair Interviews and two for Echelon Press (Fast and ... themed type contests). Her story "Bride-and-Seek" was selected for the South Carolina Writers' Workshop (SCWW) anthology, the Petigru Review. Ms. Eldering makes her home in upper state South Carolina and loves to travel, read cross-stitch and crochet. When she's not busy with teenaged children still at home, she can be found at various homeschool or book events promoting her state series and her YA paranormal mystery, Finally Home.

That's quite a series of transitions Elysabeth. While my first novel Sleep Before Evening didn't change genre, the revisions from the point I thought I was "done" to the point when it was publishable took two full years! I prefer to do the significant work, chopping and changing structures, thematics and even genre in the planning stages now so I don't have to do so much rewriting, but that's all part of the steep learning curve of a novel I think.

Amazing transformation of a storyline! That's what happens when you set your mind working. The time was right for you to complete that book they way it wanted to be done.

Very informative post. It's funny how a story can change down the road. And, I think a story can be whatever you want it to be, so changing direction is a great idea is the original path doesn't seem to be working.

I haven't ventured into trying my hand at a novel, but hopefully next year.

I'm writing my first YA historical novel, but it may be an adult novel. I'm on a learning curve as well, so I'm taking my time and doing lots of rewrites.

goodluck with your novel, Finally Home. It sounds fascinating!

Enjoyed your post. I'm rewriting right now, so it's pertinent. Rewriting and revision are so important. Good things come out of them, like a completely changed story line!

Thanks, all. The problem is that I felt very strong about the original story and never really thought I'd be rewriting it, doing a 180 basically. I was proud of all those secret messages and codes and passage ways; that is one reason I left it on the back burner for so long. Revising is a necessary evil for a story to come about, but a total rewrite sometimes is the way to go. The story has changed but it is still full of secrets and putting the pieces together to get the end result. I am looking forward to releasing Finally Home in the near future - see you all in the postings - E :)

What a feat! Great that you didn't give up on the work. I am sure readers will be happy you found a way to make it work.

Thank you for sharing your personal experience with rewrites. Congratulations! Best wishes for your continued success!

Thanks, Mari and Donna. Too bad Mary Jo removed her comment because I was going to say that revisions are one thing and rewrites (I'm talking about finishing a story and letting it sit for a bit to work on revisions and then publish it only to pick it up and totally change everything - genres, target audience, characters, et ceters) is a totally different game.

I don't even think I called the story Finally Home when I first wrote it as the mystery for adult readers and can't even find the original where I have all the secret messages, pathways and whatnot (I'm sure it is somewhere on the computer but I'm not finding it), but it's all good. I've written something I hope will do well out there. I've just ordered my second proof copy (after having some things fixed) and will be going through it either Wednesday while out of town or Thursday evening when I get to the hotel (out of town to a different place Thursday through Sunday) so that I can hopefully release it over the weekend and then will be able to get some copies to have on hand next week. Thanks for stopping by ya'll - E :)

Ma America, The Travelin' Maven
Author of the JGDS, 50-state, mystery, trivia series and Train of Clues (the predecessor to the state series)
Where will the adventure take you next?
http://jgdsseries.blogspot.com
http://jgdsseries.weebly.com

What an interesting way to write a story. Thanks for sharing 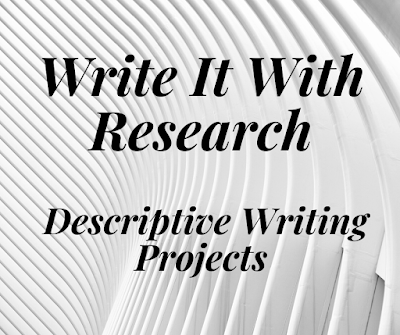