To Cap or Not to Cap

A couple years ago, I participated in an impromptu editors’ discussion (via email) on the rules for capitalization of titles. We were trying to reach a consensus in terms of our in-house standard (we all worked for a small publisher).

Titles such as president and secretary general can cause much confusion over whether or not to capitalize. However, The Chicago Manual of Style (CMS) contains explicit guidelines on the topic. For instance, consider the president of the United States. The following lists the correct usage of capitalization (or not):


-          The president of the United States (unless used formally, such as in a citation or an introduction)


-          U.S. president Barack Obama
Another variation might be “the president Obama,” although I doubt that particular phrase is ever used.
Now let’s look at Captain Crunch (just for fun). If used as a substitute for Crunch’s name in a direct address, “Captain” is capitalized, e.g. “Hand me the spoon, Captain. We’re taking on milk.” But in general reference, he is simply “the captain.”
One aspect of the online debate that generated some discussion was the question of parents, e.g. when and if you should capitalize “mom” and “dad.” In the end, we agreed to treat the terms as titles. By that standard, when “mom” or “dad” was used in place of a person’s name in direct address, it should be capitalized. By contrast, if a term was used in indirect reference, it should not be capitalized.


-          “Hey, Mom, where did Sarah’s dad go?”  CORRECT
The CMS contains several pages of examples that can answer most capitalization questions…and any other usage and style questions you might have. The 16th Edition is currently available from Amazon.com for less than $36 US. That just might be the best $36 you spend this year. 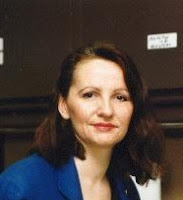 Betty Dobson is an award-winning writer of short fiction, essays and poetry. She also writes newspaper and magazine articles but is still waiting for those awards to materialize. In the meantime, she continues to run InkSpotter Publishing, which has three new books available and several more in the works for 2012.
By Unknown - January 30, 2012

Email ThisBlogThis!Share to TwitterShare to FacebookShare to Pinterest
Labels: grammar

Hi Betty,
Useful reminder post. You can also get a subscription to CMOS online which is really handy because you can save the pages and references you need most often for easy access. You can also search a database and ask direct questions.
Think you may still get a free month's trial too. Invaluable.
Non fiction writers are probably better with AP. Some rules are slightly different.

Great information. Thanks for the examples you've shared in the post.

Good post, Betty. While it might seem like a moot point, differences in approaches to capitalisation can cause all sorts of problems in editing, especially when compounded by international book releases. The editors of my latest novel are English for example, but many of my beta-readers were American, and picked up inconsistencies (some of them mine!) in the use of caps (her Mum being wrong for example - it should be her mum), and hyphens as well. The one thing that doesn't differ is the need for consistency through any book or piece of work, so knowing the rules, and knowing where there are alternatives, and then picking one rule and sticking to it helps.

Great post with helpful examples, Betty. I use the CMS and the APA when in doubt. If that doesn't work, I ask around! :)

Maggie, that's an excellent point to note - you must be consistent in your writing.