Report from the Mass Poetry Festival

Recently I attended the Mass Poetry Festival. Back when the event was in the planning stages, I got an email about a reading of poetry from their books by Massachusetts authors who had published a book of poetry in 2011. I hesitated -- "Lifelines" was written by six of us, and I was "sure" they're reject me -- but sent in my information anyway. They said yes, illustrating yet again my father's maxim, "nothing ventured, nothing gained." I hope I remember this: not to assume I will be rejected simply because something is a reach or is out of my comfort zone.

I was part of the Sequential Poetry Reading for poets with new books of poetry that appeared in 2011. The reading started at Noon on Saturday and lasted until 2:40. We were told that we each would have eight minutes to read, but we had a couple of no-shows, so we each had ten minutes.

The reading went well. The audience included us poets and about an equal number of what I expect were friends or family. It was a real treat to be be able to listen to the poets reading from their own work. A good many (most) of them simply read from a copy of their book. I might have done the same except for Michele's excellent advice to print out what I wanted to read in LARGE, DARK type, and to practice. I did both, and I was very glad I did. Michele also suggested alternating dark and light poems. I doubt that, left to my own devices, I'd have thought of this either.

There were a long list of workshops taking place all three days of the festival, and we were encouraged to sign up in advance. I did sign up for several things, but as it turned out, simply walking into the workshop was generally good enough. I suspect the pre-sign-up thing was to figure out expected attendance at the workshop in order to facilitate room assignments, number of handouts, and the like. Next year, I will attempt to sign up for what interests me, but I won't be a slave to the schedule.

The workshops themselves were tremendous fun. I arrived Saturday morning, signed in, got a copy of the workshops and a map, and by that time it was a bit too late for me to get to much in the way of workshops, so I ended up going to a couple of the art activity things that had been set up with kids in mind. I *love* art activities -- my mother was an artist who specialized in portraits. I was hugely energized by the art projects, and ended up spending several hours Saturday evening after I returned home playing with MS paint.

I didn't get much sleep Saturday night -- MS paint is hugely addicting, and I was pretty pumped up from the festival -- so I considered skipping Sunday. In the end, I decided that I would just main line coffee and go for it. Good decision. The first workshop I attended was given by someone I know. He's a kick-ass teacher, and I had signed up for the workshop. Not only was the workshop very good, but the attendees, as is often the case with Tom's workshops, were equally interesting. Several of us exchanged email addresses, and I hope we will keep in touch.

There was also a lit mag and small press event, and I bought several journals and a book of poetry, collected flyers from some of the lit magazines. I'm reluctant to order off the internet for magazines I've never had a chance to look over in person, so I was delighted to have the opportunity to pick up some of the ones I was interested in. The poetry book is a book with poetry in French on one side and a translation by Marilyn Hacker on the other. I find reading modern poetry in French a challenge, so I welcome the opportunity to, first, cover up Marilyn's translation and simply read the poems in French, and eventually, to read her translation as well. I didn't stay for the Saturday night headliners -- they started at 7:30 -- but the Sunday headliners started at 2:15, so I did go to that. The readers were Frank Bidart, Martha Collins, and Stephen Dunn.


Stephen Dunn is one of my favorite poets. I knew two of the poems he read. What engages me as a reader and writer of poetry is conciseness and precision in language, the sound of the words themselves, their cadence. Freshness of imagery. A sense of humor. A poem that forces me to take another look at the familiar, evocation of emotion. Here is one of the poems he read -- one of the two I recognized:

What Goes On
by Stephen Dunn

You can find Margaret Fieland on the web at
http://www.margaretfieland.com/
or
http://poetic-muselings.net/

Peggy, that sounds like such a wonderful festival, and good on you for doing the reading. Thanks for sharing the day with us!

Wow, the festival sounds so interesting. And, how cool that you did a reading! I like the pictures!

This sounds amazing, and yes I can back up your father's maxim that nothing ventured, nothing gained. It is regarded as almost impossible for South African writers to get published by main-line publishers, but "Strength Renewed" comes out in October in the States. Thanks to some special people and the Lord's intervention, my dream is coming true. But yes, it often means stepping out of our comfort zones. Well done on your decision to do just that!

Thanks for sharing about this wonderful event. I've let my poetry friends know about this post as well.

Congrats on taking a chance and putting yourself out there. Sounds like a great festival.

Thanks for letting us feel the excitement of being there, Peggy, and sharing the art and that brilliant poem.

Tips to Make Characters Real: Write Strong Readers are looking for strong stories and narratives they can relate to; descriptive details... 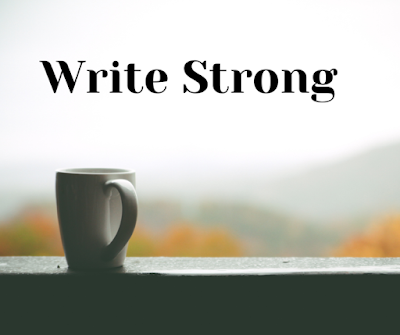