What Do Editors Look For?

Here are some things you can expect an independent editor to do for you:

• Story arc. Does it have a beginning, middle, and end? Does the protagonist grow and evolve? Is there a sense of narrative that flows smoothly, without gaps or requiring mountain goat-like intuitive leaps on the reader's part? 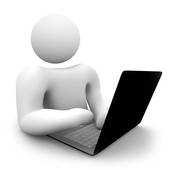 • Point of view. Writer Greg Frost suggests that writers "tell the story from the point of view of the character who hurts the most," and there's a lot of wisdom in that approach. As a writer, you're looking at one of the worst moments in your character's life, and how he or she got through those moments and learned and grew from them. If your character isn't the most appealing person onstage, readers may stop caring about the story you're trying to tell.

• Language. This isn't just about grammar. How's the writer's control of sentence structure and pacing? Do too many sentences sound the same? Are there quirky, overused words or phrases? Is the language too passive in places?

• Info dumps. Is the book filled with indigestible lumps of exposition that need to be dissolved into the narrative before the reader can hope to swallow them? Does a character ever turn to another character and tell her something they both already know, just for the reader's convenience? ("As you know, Bob, we have ten children.")

• Organization. Does the story start in the right place? Does it go on for two chapters past the natural ending? Does it flow logically? Are we given key pieces of information when we need them, or does the murder weapon show up two chapters too late? Does anything seem jumbled or out of order?

• Characters. Do they seem believable? Is the protagonist likeable? Does she fit the way the author describes her? Are these people who can hold your interest for a whole book, or do we need to know more (or less) about them. Are there key details the author doesn't tell us about his characters, or things that just don't seem to fit? Do the characters fit the story, or are some of them still products of wish-fulfillment on the author's part? Are there elements that can be eliminated?

• Plot. Does the plot rely on someone acting stupid for the story to succeed? Would the whole book fall apart if the hero and heroine had an honest conversation? Is it too linear, or not linear enough? Is there too much story for one book? Does it feel like a short story stretched beyond the breaking point? At key moments, is there something else that could go wrong to intensify the plot or the mess the characters find themselves in? (One of the key questions to ask as a writer or editor: "What else could go wrong here?") Is there someone who needs to die to forward the plot that the author seems reluctant to kill?

• Blocking. Do the physical actions work as described? Here's where the editor needs to pay attention to whether the guns run out of bullets or whether cavalry can really charge over that terrain or whether two people can really fit together that way in zero-gravity.

• Tone. Are there abrupt, unintentional shifts in tone? Is the tone appropriate for the level of emotional manipulation the writer is trying to pull off? Are there jarring moments where the language or other factors pull the reader out of the book?

• Nagging issues. Do the facts line up? Are there things you're still not sold on? Make sure you pin down any little disquieting things and figure out what's really bothering you. Often it's an undiagnosed symptom in one of the other areas.

These are some of the things you can expect an independent editor to do for you.

A native Montanan, Heidi M. Thomas now lives in Northwest Arizona. Her first novel, Cowgirl Dreams, is based on her grandmother, and the sequel, Follow the Dream, has recently won the national WILLA Award. Heidi has a degree in journalism, a certificate in fiction writing, and is a member of Northwest Independent Editors Guild. She teaches writing, and edits, blogs, and is working on the next books in her “Dare to Dream” series.
By Heidiwriter - March 08, 2013

Email ThisBlogThis!Share to TwitterShare to FacebookShare to Pinterest
Labels: editing, Heidi M. Thomas, Independent Editors, VBT - Writers on the Move, What to expect from editors

Heidi, as you know, I love tips! (-: My newsletter is full of them. Maybe you'd like to submit some of these for future issues of SharingwithWriters. Nice work!

Excited about how much the new edition of the Frugal Book Promoter (expanded! updated!) can help writers with the tried and true and the new media, too. Now a USA Book News award-winner in its own right (www.budurl.com/FrugalBkPromo) it the original edition was also a Reader Views winner and an Irwin Award winner.

Thanks for these great reminders, Heidi! You pose some excellent questions that writers shouldn't forget, and always keep in mind.

This is really a great check list to work from when doing revisions. Thanks Heidi.

Heidi, this is a terrific check list that all writers can use to improve their work. Thank you!

Heidi, great tips list for self-editing and worthy of printing for using during revisions!

Great advice, Heidi. Nice photo of you too.

The info dump resonates! I used to be acquisitions editor for a small press, and too many writers wanted to tell all--excuse me, ALL--the characters' backgrounds first. Great advice!

Shall bookmark and send this to all my new authors. :-)
Great checklist for me too to keep me up to the mark. Thanks, Heidi.