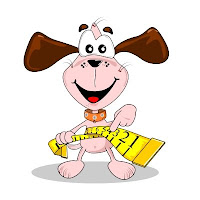 "Molly put on her Dolly Varden and went to the fair," writes the British author. The readers in England picture Molly dressed up in her elaborate, flower-decked hat. The American reader who lives near to the Northern Pacific, is bewildered, as he knows the Dolly Varden is a type of brightly spotted trout. Australian readers have just as big a problem, as the Dolly Varden for him is a doll-shaped cake. And in South Africa, it is a draped dressing-table.

In today's cyber world, any writing we post on the Internet or publish electronically, such as for Kindle, Nook, or any other form of e-Readers, immediately goes international. Even books that are only available in print are soon available through online stores such as Amazon.com, Barnes and Nobel.com, and many others. So even if the book is published in the States, it's highly unlikely that it will remain in that country.

My own book, Strength Renewed, Meditations for Your Journey through Breast Cancer, was written in South Africa, but published in the States. Yet by the time of its official launch date it was available across the word.

As authors, it's important we bear in mind our international readers with our choice of words. We need to be careful not to presume that our key words mean the same in all lands. Yet we may not be able to avoid the use of the word.

Let's look again at the example above referring to the Dolly Varden. Rather than just avoid the word, the English writer could say something like, “Look at that amazing hat,” she whispered. “I’m sure it’s a Dolly Varden.” The international readers understand no matter where they live.

Another example is the word, "wattle". To the English reader this is a type of fence; to the American it is the loose skin at the throat of a turkey. The South African frequently sees mud-and-wattle huts along the roadside; but for the Australian, wattle is the golden-yellow flower that is his country’s national emblem.

So the Australian could write, "She picked a few golden-yellow flowers from the wattle tree and added them to the arrangement." Readers will know what he means. The South African need only say "The old women sat in the doorway of their mud-and-wattle hut and discussed the events of the day." That's clear to everyone.

I read recently on a website of a student in Northern India who was asked, "What do you do?"

"Main chata hoon," he replied in Hindi, meaning to say, "I'm a student." He later discovered he had actually said, "I'm an umbrella." Chatra is a student; chata is an umbrella.

When my daughter was new to Venezuela, she was making her way through a crowd of people. She kept saying, in her newly acquired Spanish, "Excuse me," as she tried to pass people. In South Africa this would mean, "Please make way--I need to get through." She later learned she had been moving through the throng saying, "What's the matter? What's the matter?" to the surprised people.

I asked a group of writers to share with me some of the international bloomers they had heard of.

Ruth Ann Dell of South Africa shared this: When we visited friends in England, they were astonished when we talked about turning right at the robot. They couldn't see any robots on the road. We had a good laugh as we explained that back home in South Africa we called traffic lights robots.

Barbara Strohmenger in Germany shared this: A funny thing is the wrong use of "become" by Germans; the German "bekommen" means "to receive", but some think it means "to become" because it sounds similar; so they say "I become a gift" instead of "I receive a gift".

Karen Shaw Fanner, formally of Zimbabwe, now living in England says: In Africa  'just now' means 'in a while, at some point', 'when I get around to it.' In the UK 'just now' means 'immediately, right this minute.' How to really annoy people is to tell them you'll do it 'just now' and leave it an hour!

I nursed for many years in a paediatric ward in Krugersdorp, South Africa. Although as a Christian I don't believe in "luck", and I often prayed with parents when their little ones headed for surgery, I nevertheless fell into the practice of saying, "Good luck! I'll be praying."

If the patients were Afrikaans, I would translate this and say, "Geluk! Ek sal bid," which I thought was "Good luck! I'll be praying." One day a colleague overheard me, and with a wide grin asked me why I was congratulating the parents. Turns out that although "Geluk" sounds like "Good luck" it actually means, "Congratulations!" So I was sending the patients off with the words, "Congratulations! I'll be praying."

So, writers, be careful of the words you use, especially if you're trying to use a snippet of foreign language to add flavour to your work. You might just be adding the wrong flavour.

OTHER READING:
What in the World Do You Mean? expands some of the ideas above as well as giving a list of some of the words that have different meanings.

Different Cultures, Different Ethics shares a few major differences between some of the major cultures.

International Critique Partners. Some of the advantages and challenges of having International critique partners.

OVER TO YOU: How about you? Do you have an amusing story to share of the wrong word being used as a result of a different language or culture? If so, please comment below or email me your story. Perhaps I can include them in another post for us all to enjoy. 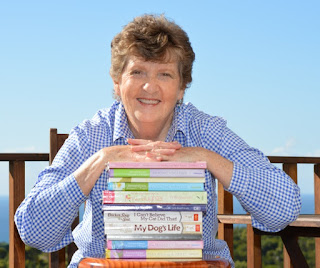 SHIRLEY CORDER lives a short walk from the seaside in Port Elizabeth, South Africa, with her husband Rob. She is author of Strength Renewed: Meditations for your Journey through Breast Cancer. Shirley is also contributing author to ten other books and has published hundreds of devotions and articles internationally. Thanks to her international critique group, she has avoided publishing most of her cultural bloopers.

I like reading phrases from other cultures that confuse me. It pulls me out of my own environment and I feel stretched a little

Shirley, great post. Some of the bloopers are very funny and it's an excellent reminder to keep the international landscape in mind when writing.

I love, love, love this. The editor in me makes a bit of a linguist, I guess. And I've always been interested in travel and the communication difficulties that occur when I do! I infected my daughter who is a PhD candidate in a little-known discipline called Conversation Analysis. I even wrote a little booklet that touches on some of these called Great Little Last-Minute Editing Tips (http://budurl.com/wordtrippersPB ). Also available as an e-book. (-:

Yes, I guess we non-Americans are stretched all the time. The first time I was going to an American writers conference, I wondered if I'd be able to follow the American accent and expressions, then someone said, "Why would you have a problem? They're in your living room every day!" And of course she was right. Most of our TV programmes come from there. But for them, my accent and some of my word choices were a real novelty.

What a fun world!

Yes, Karen it's true. When I started my first website, a number of people wrote and suggested I put a disclaimer on my website because I wasn't using American English. Umm . . . why would I?

Having said that, I've got so used to writing in both Englishes I often am not sure which I'm using when, and have to use the MSWord dictionary set to the relevant country to catch my slips.

Thanks Caroline. I'm never heard of the discipline, Conversation Analysis. Sounds like a good plan for us writers!

I've actually had a lot of articles published on this same topic. It's actually fun, but can get you into a lot of trouble if you're not careful!

What fun,Shirley. I'm always coming across oddities where writers have used translation software rather than knowing the language. I shall now joyously collect these for you. Super article.

Shirley, your article reminded me how I realized my blogsite pictures should reflect an array of gender, age, and more importantly, nationality. I have people reading all over the world.

Now I will expand it to be sure my words are appropriate!

When I visited portugal a friend
. An Aussie .. Y
told me she with sightseeing in Rome w
American catholic sseminary students
at the end of the day they alll sank into seats at a cafe and my. Friend said "golly I'm knocked up."