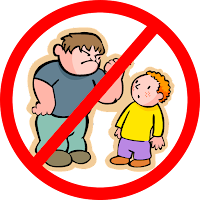 Kids are cruel. That's a known fact. Kids who take cruelty to the extreme become bullies. The reality is that bullying is and will continue to be a part of every child's life. Even in institutions with an active anti-bullying program, kids go underground and carry on in any way they choose. You know, like when we were in school.

We as children’s writers want our stories to reflect the lives of young people. We can speak to kids' lives by including a bully in our story and showing how our characters react to her.


The regrettable dynamics of bullying comes in the form of the viscous "bullying triangle" of the bully, the victim, and the bystander.


Bullying takes on many guises. Its main intent is to hurt someone and is relentless in its delivery. Once a bully zeroes in on a target that he deems small, helpless and/or weak, he preys on his victim over and over by calling him names, recruiting cronies to gang up, and in the worst cases, the bullies can become physically violent.


Often bullies are bigger kids who pick on kids who they think won’t stand up for themselves, and kids with few friends. But that’s not always the case. A short kid could be a bully as a means of defense against his size, and even a kid who has been bullied can turn into a bully to gain favor from his previous aggressor. As Kaitlyn Blais put it in Bullying Under Attack: True Stories Written by Teen Victims, Bullies and Bystanders, edited by Stephanie H. Meyer, John Meyer, Emily Sperber, and Heather Alexander, “Every kid wants to be ‘cool, popular, and in.’ The problem is that you can’t be ‘in’ unless someone is ‘out.’” Kaitlyn stood up for a victim who turned on her and victimized her. She wrote that she learned from that experience that “there needed to be only one black sheep.”


Inside a Bully’s Head


First and foremost, a bully hates himself. He is hurting inside. Why? His home life may be unhappy. He may imagine that he has an embarrassing flaw and feels self-conscious about it. So he picks a victim who appears weaker than him and lashes out. If he gets away with it, he feels a sense of power and as his behavior continues, he becomes hooked. Eventually, as confessed bully Michael Ortiz wrote in Bullying Under Attack, Michael lost control and any ability he might have had to tell right from wrong. The hate he inflicted on others replaced the hatred he felt for himself.
Target  Practice
The victim is led to believe that more harm will come to her if she seeks help, and anyway, she doesn't want to be a tattletale. Lacking the proper skills to defend herself, she takes it and takes it until her life spins out of control and she descends into self-pity and worse. In dire cases, the victim may resort to harming herself by retreating into her own lonely world, and worse--cutting and even suicide. If a child is fortunate enough to rise above her unhappy situation, she is often left with long-lasting scars.
Enter an Audience and the Triangle is Complete
Bystanders witness the bullying--the presence of bystanders actually encourages the bullying. The bully loves to show off his skills, especially if he is egged on. And even if the bystanders remain silent, the bully believes that they are lending him support.

What would we do without authors like Linda--especially children's authors--who help assure that next generations will have the compassion and knowledge to help still future generations!

Thank you, Carolyn and Karen. My goal is to make my bully funny yet drive the point home that the main character isn't going to take it. It's amazing to me from my readings that it seems so few people will speak up. I agree, we need to show strong characters who aren't cowed by bullies.

Dear Linda,
Thought provoking as always. I am looking forward to your next article.
I recently heard from a past schoolfriend of the terrible traumas suffered by a child bullied by our group. To my shame I could not immediately remember the girl concerned but later remembered my mother frog marching me to her home to apologize. Thoughtless actions have appalling consequences.

Yes, that's so true. Thank you for writing, Anne.