How Authors Can Get Books into Campus Libraries

Getting Your Book into Campus Libraries and More!

INTRODUCTION:
I occasionally run a Q&A based on the Ann Landers columns in my SharingwithWriters newsletters. I grew to love Landers’ wisdom when I edited the originals way back when I was a staff writer for The Salt Lake Tribune. This is one that received the most feedback since I published my first e-newsletter back in 2003.

Regarding university bookstores: I know that Random House had my book in their catalog targeting educational sellers. Is there more than that I can do? How would I
1. identify them and
2. approach them?

I'm going to use my husband's experience with his What Foreigners Need to Know About America from A to Z as an example because he was so successful with it.

He put together a form letter (which he tweaks) depending on who it's going to. He goes online and finds areas on campus that could use his book. Great possibilities on campuses include:
1. College acquisition librarians

He spends about thirty minutes a day finding all the resources available on one or two campuses. He sends query letters to each of those resources, always trying to address the specific person in charge (and spell his or her name correctly!). Sometimes that's only one contact a day. Some days, when research goes well, it's three or four.

Lance has had some amazing successes like having his book chosen as gifts/recommendations by the university that hosts the Fulbright Scholars in the US each summer. His book is also been accepted by imore than 300 university libraries and some of those ordered more than one copy.

He offers a free book to those influencers who show an interest (i.e. those who answer his e-mail) with a “yes!” response. I am “The Frugal Book Promoter,” so I love this approach. It costs less than just sending a book with a cover letter to each contact.  Of course, there is also a cost to sending books when requested, but otherwise using this method doesn’t cost an author anything out of pocket. I love it because the results of one’s efforts are easily traceable. You know, as an example, a professor has recommended it to a class when suddenly you sell thirty-five books all being shipped to the same place!

I also love it because the dollar-and-cents results have proven to outweigh the expense.

When Lance gets a perfunctory positive response, he sometimes worries he will be wasting a book. But that response usually results in many more than the sale of one book. He has had requests to use excerpts for professors’ classroom assignments or handouts. (He always provides those who ask for permission to reprint with an extensive bio and sales pitch that he asks them to include as part of the assignment.) The top sale we could trace to his letters (it's sometimes easier for self-published authors to trace sales to a specific effort) was fifty-nine copies.

One more secret. He is persistent.

Here’s an alternative that he tried. It isn't as frugal and not as effective because the contact is not personal, but it’s a lot less time-consuming than his one-on-one method:

IBPA (Independent Book Publishers Association) has a catalog that they send out to selected resources. One goes to libraries. A separate one goes to university libraries and another to reviewers.  I've used that service for my books in my HowToDoItFrugally Series of books,too, and a couple of my poetry books. It can be good...or not. Depending on the title.

Be aware that if you find an instructor who recommends your book or uses it as class reading, the bookstore often stocks the book automatically. But not always. It doesn’t hurt to mention in your query letter that your book was ordered by X university or that Professor X showed an interest in your book in a followup letter to the library’s buyer.

PS: The recommendations and endorsements from many of these contacts also resulted in a request from a Ukrainian press to publish his work in translation. It was also published in Simplified Chinese, apparently through his contact with a Chinese studies program at one of these universities. 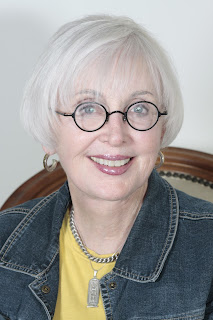 MORE ABOUT THE AUTHOR

Carolyn Howard-Johnson is a multi award-winning novelist and poet who started her writing career in journalism, PR, and marketing. Her multi award-winning HowToDoItFrugally Series of books for writers has been helping authors since the publication of, The Frugal Book Promoter: How to get nearly free publicity on your own or by partnering with your publisher; now in its second edition. The multi award-winning second edition of The Frugal Editor; is also in its second edition, and Great Little Last Minute Editing Tips for Writers and The Great First Impression Book Proposal are her inexpensive booklets for writers. Her Getting Great Reviews . She loves to tweet because it is a social network that understands the value of marketing.
By Carolyn Howard-Johnson - July 05, 2019