Editing—It Makes All the Difference

As a reviewer, I’ve had the opportunity to read hundreds of books in a variety of genres. While not every book has been my favorite, what leaves me feeling most disappointed is when I think to myself, “This could have been a great book…if only it had been edited more thoroughly.”

I once read a series of children’s books. I enjoyed the message and loved the characters, but the sheer number of typographical errors took away from the reading experience and became distracting.

There was a mystery novel written by a famous author. It was an excellent read, but do you know what I remember most about it? In one chapter, the bad guys had kidnapped the hero and taken his belt. In the following chapter, the hero used the belt—the one he no longer had—as a tool to assist in his escape.

In another book, the main character’s mother’s name changed several times and one of the character’s cars was green early in the book but silver later on.
Now, I’ll admit, I’m not as good at editing my own work as I am at spotting errors in the work of others, but the editing phase of completing a manuscript can’t be rushed. In addition, a critique group, and a third party editor are going to catch errors and inconsistencies you’re going to miss.

After sending a manuscript to my critique group, I review the feedback and make the changes I feel are necessary. Then I let the manuscript sit for at least a week. I go back and perform three rounds of edits: one to pick up typos, one to focus on grammar, and the last to check for inconsistencies. Then it goes back to my critique group.

I didn’t hire a third party editor for my first children’s picture book, Little Shepherd. The publisher and I went through it, and it had been looked over by my critique group numerous times. When I complete Amelia’s Mission, however, which is a middle grade historical, I will definitely send it off to an objective set of eyes to help me polish it before I submit it to a publisher.

I once spoke with a woman who had been in the entertainment industry for decades. She had written a book about her father, an award-winning composer.  She had a difficult time finding a publisher. She said that breaking into the publishing world was more of a challenge than catching a break in entertainment.

In such a market, taking the time to edit your book thoroughly will make a huge difference. Proper editing can turn a good book into a great one.

About the author: Cheryl Malandrinos is a freelance writer and editor. A founding member of Musing Our Children, Ms. Malandrinos is also Editor in Chief of the group’s quarterly newsletter, Pages & Pens.

Wow! What a great point!! Though I hate revisions right now *eyes WiP suspiciously* you're right, it is necessary if you want to make your work awesome.

Thanks Colene. I'm glad you found the article helpful.

Thanks, too, to VBT Writers on the Move, for hosting me today.

What fantastic advice! I know I have *caught* errors in other people's work and I know others have caught errors in mine!

Great article, Cheryl. It is amazing what passes by before the final printing. The more eyes that read through, the better, I think. It's interesting what one person misses, another picks up on right away.

Oh I couldn't agree with you more! I understand there may be some editing issues when I get the pre-book format or even the ARC copy but when I get a finished copy I want to scream because it could have been better!

You're on the money, Cheryl! I'm thinking some authors just don't want to fork out the extra money being as they probably had their sister, uncle, kid next door read it and say it was fine. I actually knew of an author who let her high school senior daughter edit it just because she got straight As...the book was horrible.

One can never have too much editing. Great article Cheryl.

Thanks for stopping by and sharing your thoughts everyone. I bet you book reviewers know exactly what I'm talking about.

Dot, it surprises me when I hear these things, and yet, it comes up in author interviews quite often.

I agree, critiques and editing are a must for all manuscripts. Thanks for sharing.

Too funny about the disappearing/reappearing belt - thanks for the laugh :)

Hi Karen and Nicole. How nice of you to drop in. Karen, I appreciate all your support during my virtual book tour. Nicole, I'm glad to give you your laugh for the day.

Thanks again for stopping by.

Turning the Clock Back said...

It drives me NUTS when I find typos in books I read! I can understand an occasional spelling error but it is the story line errors (like the belt one you mentioned above) that really drive me crazy!

I have thought the same thing about books I have read! Even recently. I read one very popular series that even had an error in it (forgivable, because where a certain gift came from changed over two books rather than the course of one). But still, I wonder about what the other books could have been with a good edit...

Well, I'm glad I'm not alone in my feelings on errors. Thanks for dropping in ladies. I appreciate the support.

Thanks for providing such useful information. I really appreciate your professional approach.
車査定 | 車売却

Create Believable Characters and Conflict In Your Children's Story

Writing in general is a tough craft, although many may not think so. The writer has to take individual words and craft them together to c... 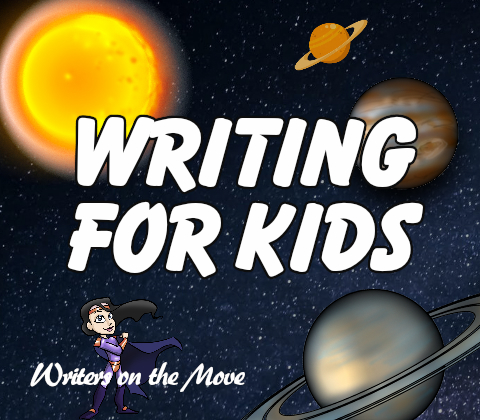