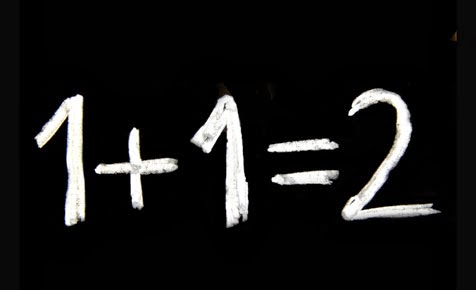 Over-explanation is at the heart of non-subtle writing.  It takes many forms, such as showing and THEN telling (see part 1) and beating your readers over the head with big themes (part 2).

Another issue is leading your readers step by step through obvious realizations or mundane actions, as if they can't imagine these for themselves.  Life is full of boring tasks.  Don't make your readers suffer though them.  Read on for examples.

She pulled on her socks, one by one, tugging them over her heels.  Then she slid her right foot into her right shoe, took the laces in both hands, went right over left, made two loops, and pulled them tight.  She moved on to the next shoe.

This shows all right, but it's boring, and doesn't advance the plot.

If your character is so deep in depression that putting on her shoes is a major victory, go ahead and show it.  If she's headed out to face a firing squad and is trying to delay, the scene could work.  Otherwise, give your reader credit for knowing how to put shoes on.

He turned right on State Street, then left on Haley, continuing on for nearly a mile.  At the stoplight at the intersection of Haley and Grimes, he turned left again.  Finally he reached the post office.

Unless you pepper this with atmospheric descriptions (He passed the abandoned Woolworths where John Haley had fought his last battle against corporate America) or add some sort of drama, consider going straight to the post office scene   As Elmore Leonard says, " Try to leave out the part that readers tend to skip."  Of course, if your character's specific route makes him miss the scene of the accident where he might have been able to save his wife, keep some of it in, but try to add interest and/or foreshadowing.

He hesitated for a moment at the stop sign.  First street or Haley?  If he took Haley, he might catch a glimpse of the new blond waitress at the diner.  What could it hurt?  His wife would never know.

Susie added two plus two on her paper.  Four!

Only if she gets five or twenty-two or the last number in the nuclear detonation sequence do you really need to include the answer.

This pace-killing tendency of repetition and careful explanation may come from the high school thesis-body-conclusion rule:  "tell readers what you're going to say, say it, then tell them what you said." This works for a five paragraph essay, but it doesn't work for fiction.

Practice looking for this pattern in other people's work.  You'll find it.  As with any writing rule, nothing is ever wrong in all situations, and sometimes step by step descriptions and explanations work well.  Analyze the books you like, trying to pinpoint when it works and when it could be trimmed.  Soon it will become easier to see and evaluate in your own work.

Then, get ruthless.  Cut out excess explanation.  And trust your readers to fill in the blanks.

For more:
Problem #1:  Showing and then telling
Problem#2:  Beating your readers over the headwith big themes

Melinda Brasher is the author of Far-Knowing, a YA fantasy novel, and Leaving Home, a collection of short stories, travel essays, and flash fiction.  Her short fiction appears in THEMA Literary Journal, Enchanted Conversation, Ellipsis Literature and Art, and others. Visit her blog for all the latest:  whttp://www.melindabrasher.com
By Melinda Brasher - February 03, 2014

Melinda, this is a detailed and informative post. I love your examples of over-showing in your writing. And, it's so true that in some instances it may work, but the author needs to be careful. Thanks for sharing!

Karen, I just released the newly formatted second edition of my The Frugal Editor (http://budurl.com/FrugalEditorKindle) and I mention trusting your reader several times in it. I know because I must have reread it 15 times for editing and formatting purposes. Ha! "Being clear" can be carried too far. We must be clear, but writers use a whole lot of crutches they don't need in order to clarify for readers. And often those techniques are duplicates of great skills that have worked for a very, very long time. I mean, our readers CAN read and should't be treated as if they can't.

Carolyn, yes! We try so hard to be clear that we go overboard. That's true with a lot of other admonitions writers receive. For example, it's good to limit passives. Sometimes, however, we do linguistic gymnastics to avoid it when the passive is really best: "The courthouse was built in 1864," vs "They built the courthouse in 1864." I prefer the first. And I generally prefer it to things like "The courthouse has stood since 1864," which has a slightly different meaning.

Thanks for a good post, Melinda. And re your comment about passive, I couldn't agree more. Sometimes we take the rules too far!

Brilliant Melinda. I've just written a similar email on an author revision edit. We must give our readers credit for having a brain. Much of the enjoyment lies in being able to infer what is going on from what is written

Exactly! Well done. I hate reading the overkill, but sometimes I do it anyway in my stories. Definitely ruthlessly cut out during editing!

Thanks all. It's so important for me to have critiquers I trust, who can help me see where the overkill begins. Sometimes it's hard to spot in our own wriiting.

Hi Melinda, I will add this post to your series saved on my computer. It's a big help. I just read When My Name was Keoko by Linda Sue Park and have studied how much Park trusts the reader with so much "unsaid" yet can be pictured in my mind so easily with one or two words. I'm striving to follow your advice. Thanks!

I'm glad you found it helpful. Linda, A Single Shard by Linda Sue Park is one of my favorite juvi novels. I'll have to read When My Name was Keoko.