For instance, some children must have their blankets with them wherever they go. Baby Bop called hers,"Blanky." Others may call it Wooby, like they did in the movie, Mr. Mom. It is their security blanket. If they can’t touch it, they become emotionally unglued and devastated.

(noun) Security blanket, teddy bear, or any physical item (for children) or emotional feeling (for adults) that gives a safe, fuzzy, warm aura.

Try taking away your main character's security blanket. You’ll like it. Your readers will, too.


How do you make your main characters vulnerable and lovable? Please leave a comment to let me know.


Celebrate you and your gift of writing,

Never Give Up
Joan Y. Edwards

I hope you'll read Flip Flap Floodle to your children because even mean ole Mr. Fox can't stop this little duck from playing his song.
Paperback, Kindle and Nook

Thanks for a good thought, Joan. I think that's true of devotional writing too although I haven't explored the idea fully. But it worked for me. Take away my health through cancer and I became another person! Ultimately, a published author.

Great tips! This is so important in building your character and showing how he/she can overcome obstacles and grow.

Thanks for the post. I agree it's important to show your character's vulnerability.

A very concrete way of demonstrating one way to create character conflict.

Joan, Excellent way to get your story going!

Dear Shirley,
Thanks for writing. I'm glad I gave you good thoughts. Changes both wanted and unwanted must be dealt with in a story and in life. In life we can put it off indefinitely, but in a story, we're much more stuck to a narrow time span for reactions and actions.


I'm glad you write. I enjoy your articles.

Dear Heidi,
Thanks for writing. I'm glad you thought these were great tips in building character and showing how he/she can overcome obstacles and grow.

Dear Mary Jo,
Thanks for writing. You're welcome for the post. Our vulnerability sometimes makes us lovable and memorable.

Dear Magdalena,
Thank you for writing. I'm glad that you felt this was a very concrete way of demonstrating one way to create character conflict. There are many proven way...probably fills more than 100 books. Choosing areas to focus makes it simpler for us to understand and be able to use it in our writing.

Dear Karen,
Thanks for writing. I'm glad you think this is an excellent way to get your story going.

I haven't thought of my mc's trials and tribulations in quite this way, Joan, and thanks to your post, will give it some serious thought. Thanks!

Dear Linda,
Thanks for writing. I'm glad that I gave you a new way to think about the trials and tribulations of your main character. I know that using this and your creative forces, you'll come up with something magnificent.

Thanks Joan, Your an idea machine and get us all thinking!

Dear Mona,
Thank you for writing. I am humbled by your calling me "An Idea Machine." Good luck. You are a great "thinking machine."

I can't wait to make a list of my mc woobies. He certainly has more than one. But it's that MAIN one that I will focus on! Thanks for the tip!

Dear Tina,
Thanks for wriing. I know you will make a great list of woobies for your main character. Choosing the ivotaone to focus onisagreat idea.


Believe in you ad your writing!
Never Give Up 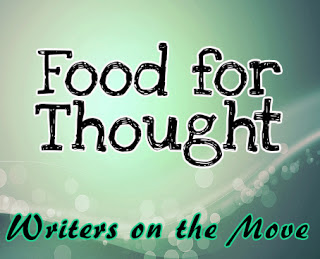