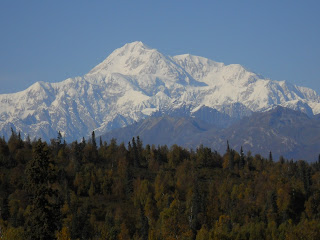 ﻿
Masterpieces are masterpieces not because they are flawless
but because they've tapped into something essential to us all--
at the heart of who we are and how we live. Mark Childress
Photo by Linda Wilson, Copyright 2015.

Few authors have captured the imagination of so many as Harper Lee. Especially an author who has touched so many hearts--some 40 million--with one work: Lee's Pulitzer Prize and just-about-every-other-award-winning novel, To Kill a Mockingbird. Just last year 400,000 copies were purchased, according to an article in the Los Angeles Times.

My personal foray into the fascinating story not only of the novel itself, but of Lee's life and circumstances surrounding the writing of the novel, began with a spellbinding account on the PBS show, American Masters, "Harper Lee," transcribed here in order to paraphrase or quote the views of some of the most noteworthy authors and celebrities of our times. And media coverage of the much anticipated publication this month by Harper, a division of HarperCollins, of Lee's first novel, Go Set a Watchman; a must-read, according to Michele Miller, Correspondent on CBS, This Morning; which was written about a year before the first draft of Mockingbird and reportedly discovered recently among Harper Lee's archives.

What are some of the reasons for the enduring success of Lee's masterpiece, To Kill a Mockingbird, and what can writers glean for their own work?

Great Freedom from One Major Work
Born in 1926 in the small town of Monroeville, Alabama, Nelle Harper Lee met with rejection after rejection in 1957 when, at the age of 31, she searched for a home for her novel, then titled Atticus. Though at first blush the manuscript was said to have many things wrong with it, that it needed a lot of work and was really a series of short stories with dangling threads of a plot; acceptance came when editors at Lippincott Company recognized not only the work's promise, but this author's great potential. Up until then Lee's publishing credits consisted of several short stories that she wrote while supporting herself for eight years as an airline reservation agent.

Lee settled down to write revisions of Mockingbird with the help of her editor and financial support from good friends who were impressed by how perceptive the character sketches were of the people in her hometown of Monroeville. This revision process, which seemed long and hopeless at the time, went on with few distractions for two years.

Accolades
How can our work be informed by this great author and her masterpiece? The PBS American Masters show turned to renowned celebrities and authors for what Mockingbird meant to them.

A Rich Legacy for Writers
A final word
A terrific quote by Wally Lamb: [To write a novel] you start with who and what you know. You take a survey of the lay of the land that shaped you. You tell one lie that turns into a different lie and after a while those models become their own people rather than people you originally thought of. By telling lies you're trying to arrive at a deeper meaning.
Reinforced for me: Write what you know; make characters true to life; choose compelling subject matter; craft a great story; keep current societal trends in mind; love the process; be patient, writing as many revisions as it takes.

Now on to the joy of listening to the audio version of Go Set a Watchman, ready and waiting on my desk. Like Lee's story in Mockingbird, my interest is everlasting.

Sources: Most of the information in this post was transcribed and paraphrased from The American Masters profile, "Harper Lee." Other sources include: "http://www.latimes.com/books/jacketcopy/la-et-jc-harper-lee-go-set-a-watchman-mockingbird-20150204-story.html;  http://www.newrepublic.com/article/122290/suspicious-story-behind-publication-go-set-watchman. 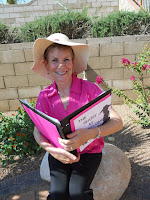 Linda Wilson, a former elementary teacher and ICL graduate, has published over 40 articles for adults and children and six short stories for children. Recently she completed Joyce Sweeney's online fiction and picture book courses. She is currently working on several projects for children. Follow Linda on  Facebook.
By Linda Wilson - July 28, 2015

Great article. Loved the information, but also the insight you shared. Great quotes too!

Linda, great post. It's so funny, I'm rereading "To Kill a Mockingbird." Her descriptions amaze me.

Linda, this is just lovely!

Thanks for the insight, Linda. Dare I admit this in public? I have never read "To Kill a Mockinbird"! Maybe the time has come as the walrus said . . .

Don't feel bad Shirley Corder, I think the last time I read it was in high school. I can't even remember much about the actual story or characters. But it is inspiring to read how influential it has been on so many people...makes me want to read it again as well.

I'm homeschooling my last child and he's entering 9th grade. I am going to have him read "To Kill a Mockingbird" this year.

Harper Lee captured the innocence of a child and gave us hope. It's a book that stays with you the rest of your life.

Thank-you for a great article, Linda. : )

Yes, maybe it's a project for us both, Marlene!

To Kill a mockingbird touched so many lives. It's an all time classic, I'm not sure the sequel will be remembered in the same way.

Gee everyone, I didn't check "Notify Me" so I didn't see all these terrific comments until now! Thank you for writing! I'm finishing up listening to "Go Set a Watchman," the audio book narrated by Reese Witherspoon. I recommend the book and love the audio version with Reese Witherspoon's poignant interpretation. Harper Lee's vocabulary is topnotch and clever, vignettes in the story are entertaining; can't beat Lee's view of life as seen through the characters. It's been an enjoyable experience. I wouldn't have missed it, especially after how much I loved "Mockingbird." I'm glad so many of you are inspired to read "Mockingbird." 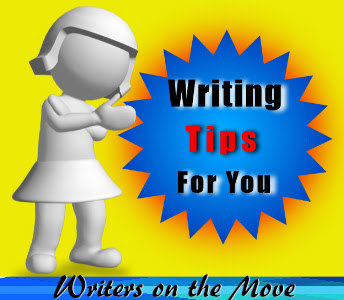