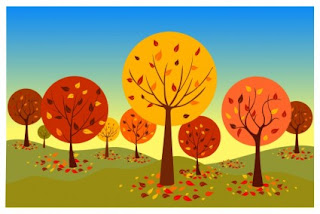 Writer Beware: "Series are tricky. Writing series is not for the faint of heart." So says Janet Lane Walters, award-winning author of  series in multiple genres and more; as quoted in my latest find, Writing the Fiction Series: The Complete Guide for Novels and Novellas, by Karen S. Wiesner.


I am living testimony to this fact. My dream has been to expand the one undertaking that has taken heart and soul to write, MY BOOK, into a series. The dream took shape when I realized I didn't want to part with my characters. Little did I know what the creation of a series would mean. Thank goodness so many authors are willing to share their ideas on writing a series, including how to begin, how to avoid common pitfalls and how to stay on target, whether you're writing a trilogy or see no end in sight.


In today's post, I would like to summarize three topics that will help propel you out of the gate, described in Wiesner's book: Book Groupings, Types of Series and Series Blurbs. If you are looking for good, solid advice on writing a series, I highly recommend Wiesner's book, which offers a thorough approach with many examples and worksheets that can save time and effort.
Book Groupings are as Familiar as Fiction Itself
What Type is your Series?
The four main types of series Wiesner pins down, summarized here, has helped me turn a fuzzy idea of what I'm attempting to write into a clear vision. She points out that authors often create a combination of these types, a good idea if you want your series to stand out.
Your star character appears in each book, often with her trusty sidekick. The stories can be told from one or the other point of view.


I considered doing this in my current series project but was advised by an editor that by switching POVs, some of the reader's emotional investment in my main character could be lost. I decided for this first series, to stick with the two mc's who are introduced in Book 1, with one of them the predominant mc. Wiesner advises that in this type of series there's a large cast of characters with varied importance from story to story.
Your main group of characters have a loose or specific connection that ties them together, and one or two of the characters become the mc as the series progresses.
The connection in this type of series is the plot or premise that is the underlying theme.
The stories are tied by the setting. Characters can change, but the setting stays the same.
Series Blurbs on Steroids
One of the most difficult tasks of fiction writing, as we know, is encapsulating our novel in a short, concise sentence.
Weisner suggests blurbing your entire series in the early stages of the work, keeping it to one to four sentences; as short as possible and tweaking it as you go along. Your series blurb should:
Nailing down these preliminary tasks, authors say, will save you much time and effort as you write your series. But the initial planning is not yet complete. This trilogy of posts will conclude next month with various worksheet suggestions, that if started early, can serve as reminders of details that might be forgotten and not easily found once your series gets rolling.
Check out last month's post: Is Series Writing for You, Part 1

Linda Wilson, a former elementary teacher and ICL graduate, has published over 100 articles for adults and children, and six short stories for children. Recently, she completed Joyce Sweeney's online fiction courses, picture book course and mystery and suspense course. She has currently finished her first book, a mystery/ghost story for 8-12 year-olds, and is in the process of publishing it. Follow Linda on Facebook.
By Linda Wilson - October 28, 2016

Linda, more great tips on writing a series. I have a client who wants to create a series with the setting as the recurring element. I'll have to look into Wiesner's book.

It should help. As you can see, I loved the book.