Watching for Euphemisms and Mealy-Mouthed PC-isms

Frankly, I think getting too PC (politically correct) can interfere with clear, concise English. But, we writers need to be aware of PC trends so we can make conscious choices and avoid faux pas whenever possible. And there are lots of PC-isms we out there we need to know.


But here's an example of  what I consider just too, too PC: An academic at one of the universities that uses my husband's reference book, What Foreigners Need to Know About America From A to Z (http://amzn.to/ForeignersAmericaUS) objected to the word "Foreigners" in the title. My husband was aware of that difficulty when he chose that title. Some consider it pejorative. The thing is, there is not really a perfect substitute in the English language. "Aliens" calls up an image quite different (and for some even more negative) than "Foreigners." These academics who used to call their students from other countries "foreign students" now call them "international students," but that term wasn't quite right for this book. Some people this book is written for may be emigrants. Second generation citizens. Tourists. People who aren't Americans who conduct business with Americans both in the US and in their own countries. And on and on. Though not a perfect term, "foreigners" was the most inclusive word he could find.

I think that often attitudes about words tell more about the person who objects to them. When did it get to be a bad thing to be a "foreigner?" In America, even Native Americans were once from somewhere else. Or, more importantly, when are we going to get over the idea that being a foreigner is a bad thing.


Now the LA Times reports that the respected AP (Associated Press) has decided to discourage its reporters and editors from using the word "illegal immigrant." Some find the term offensive. The Times reports, "They prefer 'undocumented' arguing that 'illegal' is dehumanizing and lumps border crossers with serious criminals."


So the venerable AP stylebook warns against the term, though they, too, couldn't find a suitable substitute for all cases. Instead they suggest a kind of "working around it" approach—which may be an adequate alternative in the body of a written piece but may be tough when coming up with a title or headline.


There are all kinds of phrases and words that we should be leery of. We know—instinctively or because we writers need to keep up on such things—most of them. But sometimes the style suggestions are just plain mealy mouthed. Meaning that they are diluting our language without offering anything that works as well.


Decisions. Decisions. Just remember. "Undocumented" isn't going to work. Some people have documents, just not the right ones.


But the part of all this—the part that I love—is the idea a senior manager at Associated Press put forth: "It's lazy to label people. It's better to describe them." I have to agree with that. I was labeled all my life and hate putting labels on people. It's a little like putting them in a box, locking it, and throwing away the key.


And, just so you know, LA Times and The New York Times will soon be weighing in on the "illegal" and "undocumented" issue. Can't wait to see what they come up with.


Note: In the 1970s, the LA Times style book preferred "illegal alien." Times do change…gradually. Thank goodness, mostly for the better. I'm going to accumulate style choices, possibly for a new book. If you have ideas for me, please let me know at HoJoNews@aol.com


-----
Carolyn Howard-Johnson edits, consults. and speaks on issues of publishing. Find her The Frugal Editor: Put Your Best Book Forward to Avoid Humiliation and Ensure Success (How To Do It Frugally series of book for writers)

. Learn more about her other authors' aids at www.howtodoitfrugally.com/writers_books.htm , where writers will find lists and other helps including Great Little Last-Minute Editing Tips

on the Resources for Writers page. She blogs on all things publishing (not just editing!) at her Sharing with Writers blog. She tweets writers' resources at www.twitter.com/frugalbookpromo .
By Carolyn Howard-Johnson - November 04, 2013 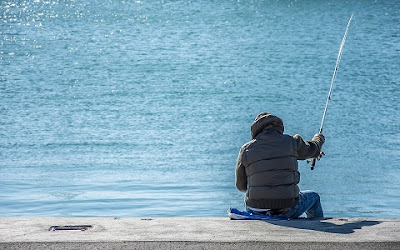