The Path to Publication

When I began writing my first novel in 1996, I really did not think I would ever be published. But it was a cathartic experience, and it was something I needed to do to prove to myself that I could write a novel.

I started researching my second book in 1999. After about ten years of rewriting, polishing and collecting rejections, Cowgirl Dreams was published. I’m not telling you this to discourage you, but to encourage you.

That first attempt has yet to be published, and I am so glad it was not then. I did the best I could, but in going back and doing the rewrites (it will be the fourth in my series), I find I’ve learned so much about the craft of writing.

I met both of my publishers at writing conferences hosted by Women Writing the West. Since Cowgirl Dreams was based on my rodeo-riding grandmother, I thought that might be the best place to look, and it was. The first two books in my series were published.

At another WWW conference, where attendees can set up appointments with agents, editors and publishers, I pitched the idea of writing a series of magazine articles about the old-time rodeo cowgirls of Montana. As I was leaving, one of the other editors in the room jumped up from her table and caught me at the door. “I couldn’t help overhearing your pitch,” she said. “Make an appointment with me.”

I did, and Globe-Pequot Press offered me a contract to write a non-fiction book. When my first publisher closed down, I asked if GPP was interested in my third novel. They were and also picked up the first two books to be republished with new covers and new editing.

Dare to Dream was launched this week, the newest novel in the “Dreams” trilogy. The non-fiction book, Cowgirl Up! will come out in September.

My message to aspiring authors is this: do not be in a hurry to get that first book published. Have patience, study and practice the craft of writing, get feedback from critique groups or partners, and get it professionally edited (especially if you are self-publishing). You do not want a book out that is riddled with errors and flaws.

A native Montanan, Heidi M. Thomas now lives in North-central Arizona where she blogs, teaches writing, and edits. Herfirst novel, Cowgirl Dreams, is based on her grandmother, and the sequel, Follow the Dream, won the national WILLA Award. The next book in the series, Dare to Dream, has just been released. Heidi has a degree in journalism and a certificate in fiction writing.
By Heidiwriter - May 08, 2014

Email ThisBlogThis!Share to TwitterShare to FacebookShare to Pinterest
Labels: Dare to Dream, getting published, Heidi M. Thomas, path to publication, VBT - Writers on the Move

If you decide to bypass the traditional publishing route to publish your book—finding an agent or a publisher that doesn’t require an agen... 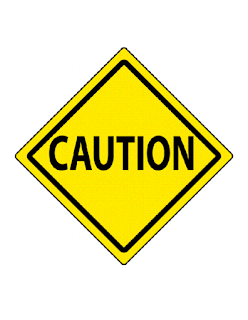