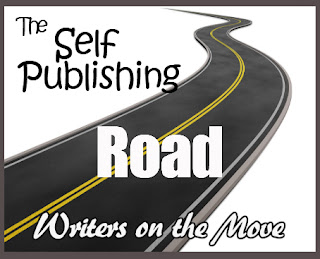 What are the main tips and worst mistakes of self-publishing with no money?

Self-publishing has become a huge business, with it having grown by about 400% between 2010 and 2015 alone. Some even manage to make it big.

According to a story in the New York Times from 2016 there are 40 authors who have sold a million copies on Amazon.

Okay, that’s not a lot, particularly considering that in the same year 700,000 books were self-published. But it does mean it’s possible.

And besides, to begin with, we don’t have to publish a million books.

But to do so, you do have to do a few things and avoid doing some others.

Don’t think that when you’ve published your book you’re done.

Yes, writing that book was incredibly hard. It took a lot out of you. And really, you’d like to move on to the next one now that it’s finished.

The truth is, however, that you’ve barely gotten started.

Now that you’ve written the book what you need to do next is market it. And that is just as much work as actually getting to that last page.

In fact, it’s probably more work because if you’re anything like me, the writing is what you enjoyed and the marketing is something you really don’t want to do.

But if you don’t do it, your book will never climb the rankings. Your book won't sell.

There are just too many books out there and most of us use the shorthand that we only buy books we’ve heard about and we’ve heard good things about.

Very few people go through the dark corners of the self-published books to decide on what book they’ll buy.

Don’t use one of the self-publishing companies

Most of these companies make their money off the money you pay to publish your book. That’s their main source of income.

While some of them, like hybrid publishing companies, do make money if they sell copies of your book, the truth is most self-published books don’t sell. And so, on average they won’t recoup the money they invested in publishing your book.

In fact, often self-publishing companies have a conflict of interest.

These companies make their money from you. And to boost their profits, they may also be looking to cut corners.

They may not hire the best editors or illustrators, or other workers.

The less they spend on making your book look good, the more of your investment they have left over. So, what you want and what they want are at odds. Hence why I mentioned the conflict of interests.

My suggestion is to research book designers, book publishers, and distributors carefully.

It might be wiser to hire individuals or separate companies to work on the different elements of production.

The best way to be successful as a self-published author is to already have people who you can sell your product to.

To do that, you should build a following.

After all, you don’t have money and you do have words, so use the words to push your product, be it a book, an AMA citation generator, or anything else.

You might be tempted to write the book first and then push up your platform. That’s fine if you’re alright with waiting a few years with your sales.

If you would like to start getting some sales immediately, however, then you should definitely start building up that following now.

Build a page. Share some excerpts, insights and ideas from your book.

Build a following on social media and push it relentlessly.

Yes, again, it will be a lot of work.

There is one big advantage of doing it this way, though. Once you’ve got that following you don’t just get to push the first book, you also get to push everything else you’re going to write in the future as well. In fact, each new book builds on the success of the last.

You hear about people who get famous in a day all the time.

But the truth is, most people get famous over a lifetime (yes, even those people who get famous in a day have often been building towards that for decades).

So keep going. Don’t get discouraged if that first book doesn’t sell immediately (or ever) it is still your property.

What’s more, you’ve learned some vital lessons writing it, which you can apply to the next one and the one after, building a reputation all the while.

Another thing to remember is that while it might seem like famous people walked a road that led straight from being unknown to being famous, they didn’t know they were on it when they weren’t famous yet. They, just like you, didn’t know where their big break would come from (or if it would come).

So keep at it. The biggest difference between those who make it and those who don’t is that the ones who do didn’t quit.

Storytelling vs. Writing a Story

Chris, thanks for the guest post. Good point that overnight wonders aren't usually created overnight. Every writer needs to be patient whether traditionally publishing of self-publishing.