Freedom of the Press Starting with Words 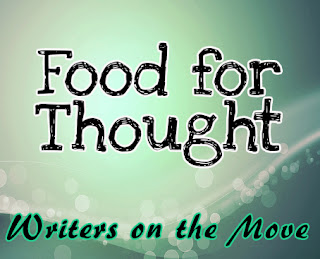 You may be wondering why The Frugal Book Promoter would be straying from topics like editing and book marketing to something like freedom of the press and the importance of words. Well, because without the former, a huge percentage of us would be out of work and others would be severely limited in the topics we choose to write about. And when our government starts limiting the words we may use in official documents, that is the beginning of censorship we writers should take very seriousl

And that is just what is happening.

Well, a couple of months ago the White House issued a list of words the Center for Disease Control and Prevention shouldn’t use. It bothered me then and it bothers me even more now that we just experienced a near epidemic of flu in this country! (My husband and I are both part of that epidemic. Neither of us has had the flu or a cold for over 40 years and this one has been a doozy!)

TheLA Times(Tuesday, Jan 16, page B2) used this as a lead for the story:
“’It’s a beautiful thing, the destruction of words.’ George Orwell writes in the fifth chapter of his dystopian novel, 1985.”

I love the novel the Times chose to quote, but I have always been too optimistic to give its dystopian theme much credence. But here we are with four public health experts from Emory University in Atlanta saying that if the CDC actually obeys the recent White House order to avoid certain words and phrases it would “squander [the agency’s] limited resources.” Other agencies were also “forbidden” to use words like “vulnerable,” “entitlement,” “diversity,” “transgender,” “fetus,” “evidence-based” and “science based.” In some cases, the administration’s budget office suggested alternative terms.  And only yesterday I read that the word “abortion” is next. Can you imagine how many words might be needed for that if we didn’t have that one?  Can you imagine how much more disinformation might swirl around the topic is we can’t use we (or our government) can use the word?

Then in a recent Sierra Club magazine (sources docount for us writers!), I learn that the US climate office was told not to use the terms “climate change,” “emissions reduction,” or “Paris agreement.” Seems someone is trying to control what we write about. Or just make it hard for us to do our jobs.

We should be as concerned about limiting the words we can use as we are about the books we can read or about copyright issues.

These commandments from the Trump administration sound like a violation of both freedom of speech and freedom of the press (the government does publish tons and tons of stuff!) to me. Times also reported that gagging like this also violates The Plain Writing Act of 2010 that requires all federal agencies “improve the effectiveness and accountability to the public by promoting clear Government communication that the public can understand and use.”

We writers should be thankful for that “plain writing” encouragement! Still, too few in the government are paying attention to it. Luckily, the CDC seems to be ignoring these new guidelines limiting the words our agencies can use for now. But as writers, we should all be worried—even on the lookout—for anything that limits our use of words.

As an example, we’ve been encouraged to use only Merry Christmas as a holiday greeting for decades. I’d hate to lose alternative greetings. As a courtesy, I’ve always reserved Merry Christmas for people I know to be Christian, Happy Hanukkah for those I know to be Jewish. Have a great Kwanzaa for the black people I know celebrate it. Ramadan? Well, I’ve never had occasion to use it (sorry!), but if I did I would be equally careful to abide by the traditions of the person involved.W

There are others, but generally, “Happy holidays,” is a polite way to be inclusive when we don’t know the situations or do know that in a diverse population I may be addressing a few people who are members of each group with a few atheists to boot. That is a very small example of how important words are, and how important it is we have access to all the ones we find in a dictionary (and some we don’t). For clarity. So that we can. . . ahem, obey the Plain Writing Act. Now there’s a government proclamation I can get my teeth, molars, and incisors into! Before you get too blasé, be sure to revisit the date that it was written! 2010! 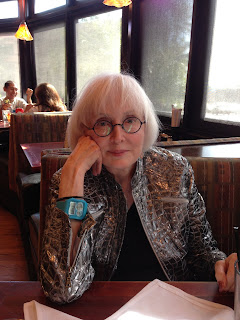 Howard-Johnson is the recipient of the California Legislature’s Woman of the Year in Arts and Entertainment Award, and her community’s Character and Ethics award for her work promoting tolerance with her writing. She was also named to Pasadena Weekly’s list of “Fourteen San Gabriel Valley women who make life happen” and was given her community’s Diamond Award for Achievement in the Arts.

This morning I faced a Twitter follower who feels firmly that words haven't been banned, only the meaning has changed. Yes, this is a function of linguistics. It's part of the development of new languages. There is a wonderful charge of languages and their "heritage" so to speak that diagram that change of process. But this is different and may be a first in the US--a time when our government bans certain words and tries to influence how others are used. I was glad to hear from this person. As writers, we should all be concerned about language and its associated freedoms--or lack thereof.

Carolyn, I agree that words have tremendous power to do just about anything and shouldn't be changed or 'banned' for any political agenda.

Yes, Carolyn political correctness is destroying our right to free speech. I agree with your message.

Government censorship is not a slippery slope; it's an abyss at the bottom of a steep cliff. And this particular government's attempts to deny science and facts are particularly troubling. DT is using writing, expression of concepts, to suppress policy. One of many reasons he is unfit for his office.