Getting Into Your Characters' Skins 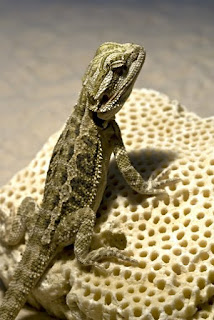 How do we avoid creating cardboard characters, so that they become real people? Wouldn't it be wonderful if we could just "become them" for a short time.

According to some articles I've read, all animals shed their skin, some faster than others. We humans evidently shed 1,5 million skin cells an hour, giving us a new skin surface about once every 28 days. Snakes, tarantulas, stick insects and some lizards are in more of a hurry. They climb out the old skin and walk / slither away, leaving the skin intact.

Wouldn't that be such a great gift for us as writers? Yet we can learn to do this to a degree. We can step out of our own skin and into the skin of our character. We can then talk like them, think like them and feel their emotions. The secret is to really know our characters

Take a moment and think: How much effort do you put into your conversation with your spouse, your children, your next door neighbour? Do you give any thought to the words you choose? Do you stop to wonder when you should take a breath? Do you agonise over your correct choice of words and phrases? No, you just talk. Right?

So the key to writing good dialogue is to stop trying. Stop trying to figure out what your character would say. Rather concentrate on getting to know your characters so well that you can slip into their skins. Become them. Feel their emotions. Then you will react to situations as they see them. The words they say will be natural. And when you move onto another character? As long as you really know your characters, all you need to do is to change skins, and you'll change your voice. It's that easy.

If you spend enough time getting to know your characters, you may even experience one of those exciting (and frustrating) moments when your character refuses to do what you want them to do. Or they do something you hadn't planned, causing you to change the script! Why? Because they have become real characters.

This doesn't only apply to human characters.

I once wrote a story about a time when my young dog ate poison and had to be rushed to the veterinary surgeon in the middle of the night. I described how she reacted and looked—as I saw the situation. I was pleased with the story and submitted it to first one magazine then another. Several rejections later, I read advice similar to what I've given here. I needed to try and see the whole evening's drama as if I were Sheba, our fun-loving Alsation pup. I had to look at the ordeal through her eyes, feeling what she experienced.

I stopped describing how I thought she felt. I imagined myself to be her. I looked at the events from her point of view. I began to see the confusion in "my" mind at the reactions of my human family when they tried to make me vomit. I felt the distress when they allowed a stranger to poke me with needles, then gave me away. (We had to leave her overnight on a drip at the animal hospital.)

As I typed out the new version of the story, I fought back tears. Although I still wrote the story from my human point of view, I now felt the heartache of Sheba. I was her, as her owner turned and walked away, leaving her with this horrid stranger who had stuck needles into her and made her violently sick. What had she done to upset her owner so much that she'd give her away? Would she ever see her owner again?

As I typed, the emotions came from within and influenced my writing. The difference was exciting. A few days later, I submitted it to Chicken Soup for the Soul:  My Dog's Life, and it was accepted. All because I slipped into Sheba's skin for a few hours.

How about you? What suggestions do you have for making your characters come alive?

SHIRLEY CORDER lives in South Africa with her husband Rob, a hyperactive budgie called Sparky, and an ever expanding family of tropical fish. Hundreds of her inspirational and life-enrichment articles have been published internationally. She is contributing author to nine books to date and her book, Strength Renewed: Meditations for your Journey through Breast Cancer is due to be released in America by Revell Publishers in October.  You can contact Shirley through her writing website, her Rise and Soar site for encouraging those on the cancer journey, or follow her on Twitter.
By Shirley Corder - February 20, 2012

Great article, Shirley. It goes well with the ones on finding your voice, since we do establish our voice through our characters. Thanks for this one!
Faye

Funny you should ask, Shirley! I've only just now finished writing my latest blog about how I see my characters! Yes, like you, I put enormous effort into breathing life into my characters. I hope you have time to have a look - I enjoyed this very much. You might enjoy mine.
http://rosannedingli.blogspot.com

Thanks so much for your interesting and insightful article!

Thanks for your comments, Faye and Nancy. Rosanne, read your blog and yes, the two tie together well! When I write a novel I search magazines to "find" my characters, so that I can imagine them whenever I think of the story.

Excellent post, Shirley. Emotion is such a huge part of developing rounded characters, and not just "telling" the reader, but by allowing the reader to "become" the character.

Shirl, great post and analogy. When I'm stuck on showing, I try to act out what's happening to the character. Or, I use my own experiences or watch my grandkids and their friends for children's writing. Thanks for the dialog tips.

Great post Shirl. I love when a story goes somewhere other than where you thought it was going because of the "voice" of your character.

Good post Shirl, and I completely agree with you. I think many writers have an innate tendency to imagine themselves under other people's skin, and what you describe is the classic case of showing (or feeling) rather then telling.

Lovely post Shirley. All too often I find myself editing a story where all characters speak in the same way, share the same words and phrases. Listening to the characters should certainly stop them doing that. This is a post I'll be happy to share.