What I Learned From the Movie "Young Adult" 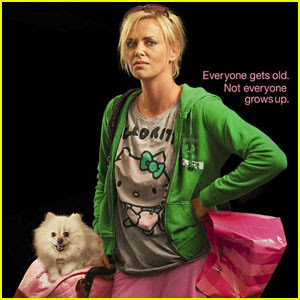 I recently saw the movie "Young Adult" starring Charlize Theron. The premise: a writer of young adult novels returns to her small hometown to woo her high-school ex-boyfriend. Only problem? He's married with a newborn baby. Not exactly the recipe for a fairy-tale romance. But the screenwriter is Diablo Cody, who wrote the smart and quirky movie "Juno," so I went to see "Young Adult" with pretty high hopes.
Well, suffice to say it didn't live up to my expectations. After the movie ended, a woman sitting in front of me turned around and addressed the theater: "What did y'all think? I was not impressed." Still, I believe there is something to learn from every experience, so here are some writing take-aways I got from "Young Adult" that might be helpful to your own writing, too:
Have any movies -- good or bad -- taught you something about writing? I'd love to hear your comments!

Dallas Woodburn is the author of two award-winning collections of short stories and editor of Dancing With The Pen: a collection of today's best youth writing. Her short fiction has been nominated for the Pushcart Prize three years in a row and her nonfiction has appeared in a variety of national publications including Family Circle, Writer's Digest, The Writer, and The Los Angeles Times. She is the founder of Write On! For Literacy and Write On! Books Youth Publishing Company and is currently pursuing her Master's degree in Fiction Writing at Purdue University, where she teaches undergraduate writing courses and serves as Assistant Fiction Editor of Sycamore Review.
By Dallas - March 09, 2012

As a writer myself, I love movies that feature writers as main characters. And I enjoyed that aspect of this movie. But, like you, I was disappointed that the main character didn't really change or grow very much. It left me wondering, "What was the point of all the things she went through?"

Analysing movies is a great way to improve writing Dallas. For me, I have to admit the movie Stranger Than Fiction inspired me in many ways, not least because of the fantastic performances (Thompson is an inspired author), and the fun way it plays the boundaries between fiction and 'reality' (which is of course still fiction in this case).

Dallas, great information as usual. I've been reading some 'writing' books lately and they all use movies, along with books, to show the progression of a story. And, one of the biggies is to have the MC grow or transform in some way.

It's surprising that screenwriters are still using such cliches when writing about writers.

I haven't seen the movie yet, but with what you and Suzanne said about it I don't think I'll bother.

Thanks for your comments everyone! I agree Maggie, I loved the movie Stranger Than Fiction and found it very inspiring! Every time I watch it, I come away inspired to craft my own stories.

Hi Dallas,
Have arrived late to your post. Although I have not seen the movie it was just wonderful to see how positively you reacted to a less-than-perfect experience.
I hated Black Swan and grumbled for weeks instead of learning from what I saw as fatal flaws.