Leonard Marcus's presentation on Maurice Sendak (1928-2012) concludes in Part Five of this series from my notes taken at the Highlights Foundation workshop, "Books that Rise Above," that I attended in Honesdale, PA last October. Today, the focus is on Leonard's explanation of how Sendak wrote Where the Wild Things Are.

Leonard pointed out that Sendak looked at every part of life for ideas and inspiration; he read widely, not limiting himself to children's books. In children's literature, some of Sendak's influences were:


*Lewis Carroll's, Alice's Adventures in Wonderland: Makes fun of every kind of authority
*Charles Perrault's Puss in Boots: Is far from a sweet rendition of childhood
*A. A. Milne's, The Story of Babar: The mother of Babar, a young elephant, is shot and killed by a hunter on the first page
*Beatrix Potter's, The Tale of Peter Rabbit: On page 1 Peter's father is turned into a pie

Sendak's Deductions
Some of Sendak's Innovations

Sendak's innovations in Wild Things can be summed up in two words: No rules. His illustrations get bigger and bigger until they push the words off the page, before shrinking back. Max does not appear on the cover. The title page gives the story away: that Max is in charge, not the monsters-- he kicks them away. As Leonard explained, we are tipped off that the scary things are Max's creations, that maybe Max is the scary one. Indeed, Max is dressed in an original costume that makes him look different than an ordinary boy. Thus, his playful animal-like appearance may be safer for children when dealing with their own monsters and demons than a normal boy's appearance would. The monsters themselves are presented in a way we can handle; perhaps helping children make their own monsters and demons less scary.

To find his story, Sendak wrote a different version every day for a month. Little by little the story evolved. But, he got stuck in the middle. He had to ask himself: why would a child like Max choose to go back home when being sent to bed without supper? Sendak knew every child is hungry for the love of his mother; that it is a deep-seated need. Max struggles with his desire for freedom, but finds he can't do without the ordered (and warm and loving) structure of HOME, represented as a hot meal. So, as Leonard so eloquently stated, the most brilliant ending (the last line) in all of children's literature is that supper awaited Max when he got home (he woke up), "and it was still hot." Thus in the end, children can confront the Wild Things and feel good about them.

Leonard's take-away: Everything today rests on the effort Sendak made in children's literature. He used his opportunity to speak out for children, to support children's First Amendment rights. My take-away: Learning about the time and care Sendak spent in his creations has helped me revisit time and again my own current creation. Also, how my own expereiences can better serve children, of course, in an entertaining and fun way. In a nutshell, to stamp out any triteness in my own work.

Next month: Behind the Scenes with Deborah Heiligman
In future posts: A link to the complete list of "Books that Rise Above" will appear at the end of this series. Then look out, more to come!
Sources: Google searches to complete references to Sendak's influences from children's literature. 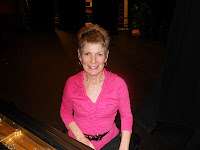 Linda Wilson, a former elementary teacher and ICL graduate, has published over 40 articles for children and adults, six short stories for children, and is in the final editing stages of her first book, a mystery story for 7-9 year olds. Publishing credits include seven biosketches for the library journal, Biography Today, which include Troy Aikman, Stephen King, and William Shatner; Pockets; Hopscotch; and true stories told to her by police officers about children in distress receiving teddy bears, which she fictionalized for her column, "Teddy Bear Corner," for the Montgomery County Sheriff's Office Crime Prevention Newsletter, Dayton, Ohio. Follow Linda on Facebook.
By Linda Wilson - May 28, 2013

Where the Wild Things Are remains my favourite children's book. I loved reading it out loud to my children (especially the 'no words' rumpus where kids love to make their own rumpus noises and stsop around the room) and credit Sendak with fostering my own love of reading - my mother used to read Wild Things and Little Bear to me every night when I was very young. As an author the lessons from his work are extensive.

Yes Maggie, his accomplishment is amazing. It's a joy to share it with you and those of us who appreciate him so much.

Great post, Linda! Being a classic, Wild Things is a great tool for children's writers to analyze. I didn't know that Sendak wrote a different version every day for a month to get it just right. This might be something worth modeling.

Thanks, Karen! Funny you should say that. Since I learned that he wrote all those versions it unleashed the freedom in me to spend the time rather than economize, and try something new each day on my current creation. True, I had to fight the "am I wasting my time" question. It's been fun, enlightening, and hopfully will lead to a better outcome.

Great post Linda. I love learning things about how authors I admire work on their craft. A different version each day of the month sounds like an interesting challenge. Maybe it's something for PB writers to try during Nanowrite.

Thanks, Mary Jo. I finally settled on how I want to tell my story but tried lots of versions thanks to learning about Sendak. It was fun and enlightening and I think deepened the meaning of my story.