Maguffin: An Object of Desire

So, what is a Maguffin, you might ask, as I did when I first heard the word. Is it some kind of puffin or 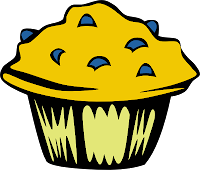 The term appears to have originated in 20th-century filmmaking, and was popularized by Alfred Hitchcock in the 1930s. He described a Maguffin as that object of desire everyone in the story wants, but whose only purpose is to bring the protagonists and antagonists together.

Maguffin (or MacGuffin) is a plot device, something in the plot that someone (or everyone) is after, making it a focal point of the story. It may be a secret that motivates the villains. A common Maguffin story setup can be summarized as "Quick! We must find X before they do!"

The most common type of Maguffin is an object, place or person. However, a MacGuffin can sometimes take a more abstract form, such as money, victory, glory, survival, power, love, or even something that is entirely unexplained, as long as it strongly motivates key characters within the structure of the plot. The Maguffin technique is common in films, especially thrillers. The Maltese Falcon is such a device, as is the stone in Romancing the Stone, The Ark of the Covenant in Raiders of the Lost Ark, and the One Ring in Tolkien's trilogy.

Here are some examples of others:
• The crystal egg in Risky Business. It has little or nothing to do with the story, but it is always prominent in Tom Cruise's character's mind because any damage to the egg will tip off his parents as to his antics and adventures while they are out of town, so he gets into a lot of other trouble trying to keep the egg safe and in his possession.

• The "Unknown" grave filled with gold in The Good, The Bad, and The Ugly. Most Maguffins are moveable objects (ala the Maltese Falcon), but there are plenty of breathing and unmovable Maguffins as well (gold mines, people and the like).

• R2-D2 in Star Wars is the main driving force of the movie, the object of everyone’s search.

• The meaning of “Rosebud” in Citizen Kane.

The term has also lent itself to a number of "in" jokes. In Mel Brooks's High Anxiety, which parodies many Hitchcock films, a minor plot point is advanced by a mysterious phone call from a "Mr. MacGuffin". In one episode of Due South, the MacGuffin is a matchbook that makes its way around the episode, going from character to character. The hotel maid in this episode is named Mrs. McGuffin, and earlier in the episode, a mall security guard's name is Niffug, C.M. (McGuffin, spelled backwards). Also, the basement janitor in the hotel in part 1 is named Mac Guff.