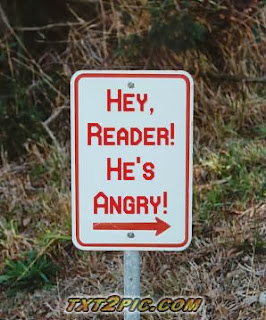 One of the hardest writing skills to master is the art of knowing what to take out.  Many rough drafts are guilty of repetition and over-explanation.  Consider the dangers of spoon-feeding your readers.  At best, you'll come off as lacking subtlety.  You'll rob your readers of the chance to exercise their brains.  At worst, you'll annoy them or insult their intelligence.  If you want to lose readers, there's no better way than by talking down to them.  If you want to keep readers, set things up and then trust them to draw the conclusion for themselves.

Problem #1:  Showing and then Telling.

A lot is said about how writers must "show, not tell."  Generally it's good advice, though telling sometimes works better and you shouldn't be afraid of using both strategies, depending on the situation.  What you really want to avoid is showing and then telling.  Here are some examples.

He slammed his fist against the table, stood up, and threw the telephone at the wall so hard the paint chipped.  He was angry.

Your reader figured out he was angry from his actions.  Cut out the last three words and let the action stand.

The dialogue indicates Ben's surprise.  No need to tell us.

People were sharing seats, squatting in the aisles, and pressing themselves against the back wall.

Yes, Mistress of the Obvious, it is indeed crowded.

Dressed in his fluorescent vest, he stepped into the street, enjoying the power he and his sign held over the impatient drivers in the stopped cars.  The kids skipped past, chatting and laughing, texting and teasing.  Once his flock made it safely across, he hopped back onto the curb.  He liked his job as a crossing guard.

If you're afraid your readers won't understand what he's doing, or how he's feeling about it, revise your showing section.  Don't just tack a bit of telling on the end.  If you've done your job well enough, the reader will get it.

These are pretty blatant misuses of telling, though they pepper the manuscripts I've been reading lately.  What most of us need to look for in our own work are the less glaring examples.

Adam lifted his hand to knock on the front door, but the moment his knuckles hit, the door gave way and swung open by itself.  The hall lay empty, quiet.

The nightlight was still on.  Dad always turned it off when he got up at dawn.

Something scritch-scratched in the living room.  Adam grabbed an umbrella from the stand by the door and held it up, facing the archway.  Bowser, ears sagging, padded through and whined at Adam's feet.  Something was wrong.

"Something was wrong" can amp up the tension, but make sure it actually does so.  Otherwise, you're just negating all your showing.  Take out the last line and see what you think.

Solution to Showing and then Telling:

When you revise, read your work slowly and look especially for direct subjective descriptions ("She was beautiful, The city was exciting") and statements about how people feel or what they want (John was happy.  Levi hoped she would stay).  Then check to see if you showed the same thing immediately before.  If so, cut out the telling.  Read it again a couple of days later and if it still makes sense, you didn't need it.  Your writing will be stronger for it.

Next time:
Problem #2:  Beatingyour Reader Over the Head with Big Themes
Problem #3:  Spelling E-V-E-R-Y-T-H-I-N-G out

Melinda Brasher is the author of Far-Knowing, a YA fantasy novel, and Leaving Home, a collection of short stories, travel essays, and flash fiction.  Her fiction appears in THEMA Literary Journal, Enchanted Conversation, Ellipsis Literature and Art, and others.  Visit her blog for all the latest:  http://www.melindabrasher.com
By Melinda Brasher - December 09, 2013

I agree with you wholeheartedly, Melissa. Not trusting readers to work out and participating in the meaning making process gets even experienced authors. You provide good practical suggestions.

Melinda, excellent tips on limiting your 'telling' when writing. I have to work on reading my MS s-l-o-w-l-y enough in the revising phrase to catch those 'telling creepy crawlers.' Looking forward to Part 2.

Well said, Melissa. Funny, I pointed out this very thing in a critique I did yesterday. The author gave a great description of the the character's behaviour, then told us, "He was afraid." Yeah. Got that. :-)

Funnily enough I've been catching so many similar examples recently in my fiction editing. This is a great article to help authors find the problem for themselves. Thanks Melinda.

Thanks, Melinda, your article is a big help while I revise my WIP--a great reminder of what I need to be doing.

Great examples, Melinda! It's surprising how often we run into those things in editing, and sometimes are guilty of it ourselves!

From an editor's standpoint, one of the ways we sometimes trust our readers too much is with our pronouns. We need to be sure the antecedent is clear. It's not really a matter of trust but one of consideration and clarity. I recommend checking pronouns in the final edit.

My problem, like Karen said, is reading slowly and carefully enough to catch the more subtle ones. And Carolyn, true about pronouns. I'm guilty of "pronoun confusion" more than I'd like.

Dear Melinda,
I loved reading your blog post. You gave us insightful ways to make sure we are showing, not telling.
Thank you.

Where Do Authors Get Their Ideas? 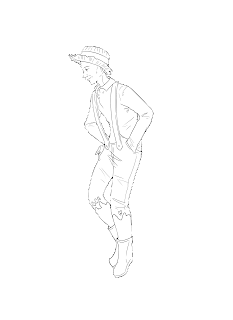