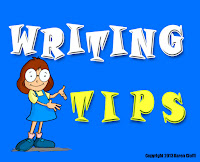 Thank you to longtime writing friend K. M. Weiland for sharing her essay that helps you identify unnnecessary scenes in your fiction.

By K. M. Wieland
When you think of the important moments in a story, you probably think about the big scenes in which stuff happens. Characters are taking action—or having action taken against them. Somebody’s doing something that matters. There’s conflict; there’s nail-biting; there’s huge stakes on the line.


But what if I told you these are not the most important moments in your story?
The most important moments are always those that take place after the big scenes. Yes, you heard right. As crucial as character actions may be, they pale in comparison to the importance of character reactions. This is because character reactions are the measuring stick readers use to determine the true importance of a big scene
Consider this: Let’s say the volcano under Yellowstone erupts. That’s big, gosh darn it. So of course it’s important to your story. ’Nuff said. Especially if, say, your protagonist’s brother is missing in the disaster area. But then, let’s say, your protagonist hears the news and then just goes about his daily life as a mailman. He doesn’t do anything about his missing brother. He doesn’t even seem that concerned beyond his initial, Oh my, that’s horrible. Poor Samson.
Suddenly, readers are confused. Maybe Yellowstone blowing up wasn’t such a big deal after all. Maybe the missing brother isn’t important. Maybe we misread all the signs. Maybe the author just stuck in this seemingly “big” scene for kicks, even though it obviously isn’t going to have any impact on the story.
Every big action in your story needs to garner an equally big reaction from your characters. Otherwise the action, no matter how impressive, simply doesn’t matter.Readers will always look to your characters to gauge the importance of any scene—and if the characters aren’t reacting in appropriate measure, the readers will, at best, count that big scene as inconsequential. At worst, the jarring disharmony between their understanding of events and the characters’ response will frustrate them to the point of abandoning your book. Now just think how you’d react to that!
-------
K.M. Weiland lives in make-believe worlds, talks to imaginary friends, and survives primarily on chocolate truffles and espresso. She is the IPPY and NIEA Award-winning and internationally published author of the Amazon bestsellers Outlining Your Novel and Structuring Your Novel, as well as Jane Eyre: The Writer’s Digest Annotated Classic. She writes historical and speculative fiction from her home in western Nebraska and mentors authors on her award-winning website Helping Writers Become Authors.