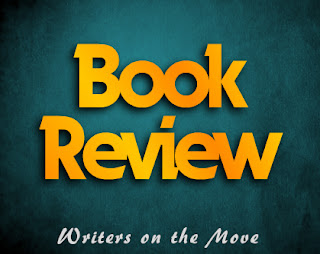 Lucifer in Celestial Gardens tells of Lou Siffer ("Lucifer"), the son of a small-town Illinois undertaker who is used to seeing corpses in the basement of their house, part of his father's profession and the family routine. He becomes embroiled in death in a different way when scandal strikes the town and Lou becomes peripherally involved in adult matters that include a father's conviction that suicide was not the cause of a death, a corruption case that changes this perspective, and a series of circumstances that lead an already-distant son to feel even more alienated from his father: "My father, my stalwart beacon of integrity had fallen to—what I didn’t know exactly, but from that time forward, I regarded him differently."'

Lou resolved at an early age to never become an undertaker, but death has him on the radar - and so a case that happened twelve years ago continues to haunt him as he grows up to face a real-life dilemma that still holds too many unanswered questions and special interests.

Lest readers think that Lucifer in Celestial Gardens is a murder mystery alone, it should be advised that A. J. Harris weaves fine coming-of-age experiences into events that follows Lou through romance, relationships with parents and peers, and a puzzle that plagues him throughout his life.

From an exciting but controversial project planned for the small town's elderly to events at a town hall meeting, an Odd Fellows Lodge, and more, the scandal that erupts leads to three friends finding their lives challenged and changed.

This book doesn't follow the conventions of formula mystery writing - and this may stymie genre readers who expect a succession of clues, whodunit subplots, and a clear murder scene, perp, and detectives. The strange culture and interactions in Winonka are as much a focus as the corruption and murder in a story that follows a funeral home scandal to its aftermath and lasting impact upon a boy who grows up, interacts with others, and forms relationships against its backdrop.

From retirement home profits and phony insurance policies to a mounting number of deaths, Lucifer in Celestial Gardens is unpredictable, engrossing, and follows murder cases that have no statute of limitations or age restrictions. It's unusual to have the story begin with a young boy who evolves into adulthood against the backdrop of loss and sadness that affects everything around him.

The evolutionary process of disgrace, death, and special interests contribute to a powerfully multifaceted story that moves through time, space, and intrigue to present a solidly complex murder story that's hard to put down.

You can buy this book at AMAZON.