When Naming Your Characters, Use the Whole Alphabet 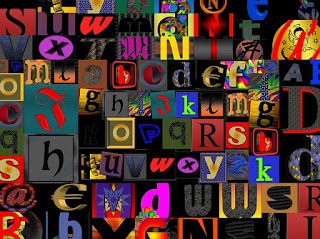 I recently read a book where eight significant characters (which was a good percentage of the significant characters) had names that began with the letter A.  To make matters more confusing, it was a fantasy book, so many of the names were not familiar to us.  The worst combo was Avem and Avarum.   I constantly had to stop and think about who was who.

My mom was just telling me about a book where almost all the main characters had names four letters long, including Lena, Luna, and Lisa.

We, as writers, know our characters very well.  We know who they are and how they fit in and we would never confuse Avem with Avarum or Lena with Luna.  But our readers don't know our characters so well.  They may have only spent a few hours with them, not weeks and months and even years.   And trust me, some of our readers WILL confuse Zola and Zora or Fur'langye and F'galen.

So, here's my challenge:

1)  Sit down with any short story or novel you're writing and make a list of all the significant characters.  Bonus points if you also list any minor character who appears more than once.

2)  Analyze the list.  Look for names that start with the same letter, names that rhyme, and other similar-sounding or similar-looking names.

3)  If you find two names that are too similar, change one.  "Wait!" you may protest, "I can't change their names.  That's like changing who they are!"  I know it's hard, but do it anyway.   You do NOT want your readers to have to stop and think about who is who every time a character comes into a scene.  You want them to stop and think about your mysteries or your characters' inner struggles or that particularly beautiful piece of writing they just read.  The sooner you change the name, the sooner you'll get used to the new one.  It sounds hard, but it'll be okay in the end.

4)  In your next novel or short story, use the list as you start naming your characters, so you don't have to go back and change anything later.

So, when can you let similar names slide?

-If it's really important to the plot or characterization

-If the names are distinct enough.  For example, you might leave Dr. Turgenev and Tom alone, because they're quite different, but if you have Trent and Trevor or Carol and Cheryl, change one. 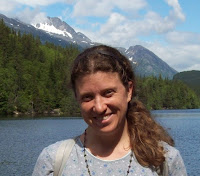 She loves hiking and taking photographs of nature's small miracles.

Visit her online at http://www.melindabrasher.com