Are you going to plunk down your $ for something tainted?  Carolyn Berates the Skunk-Like Odor Emanating from Paid-For Reviews

By Carolyn Howard-Johnson, award-winning author of The Frugal Book Promoter, now in its third edition
from Modern History Press

There is an old saying: “You can’t teach an old dog new tricks.” I’m revising the adage to: “An old dog can go terribly awry when it tries a new trick.”

No, I’m not losing my mind. And, you may have guessed, I’m not talking about dogs here. I’m talking about the venerable Kirkus Reviews that has been respected by authors and librarians everywhere since 1933 and dozens or others with respectable names among publishers and authors. It is published in print 24 times a year, and has an online branch as well. It critiques some 5,000 titles--books of all kinds--in that period of time. It wields enormous power. A Kirkus review (or lack of one) can make or break a book by influencing the major book buyers in the country--both bookstores and libraries.

Back when I started writing, I wrote to their editors taking them to task for not attaching the names of the reviewer to each of their reviews. Kirkus’ own site says “The reviews are reliable and authoritative, written by specialists selected for their knowledge and expertise in a particular field.” It doesn’t say that these reviews are often (always?) unsigned. It seems to me that anyone with the kind of influence these critics wield over the welfare of a book should be willing--nay, required-- to attach her name to whatever praise or vitriol she dishes out and I told them so. It was my journalism ethics class that made me do it.

That was nearly two decades ago and and it wasn’t long before they upped their game. They violated my sense of ethics by taking paid-for reviews.

Here is what has ticked me off: Kirkus still offers a service to self-publishers and POD authors (and, it has come to light more recently) big publishers who feel their books were passed over unjustly. This isn’t a new ploy.  Fly-by-night reviewers have been preying on desperate authors in this way for some time but Kirkus should know better.

Such Pay-for-Review works against authors two ways. First an entity like Kirkus knows that books it chooses not to review will be their most likely paying customers; this is not a situation that encourages a just, even-handed selection process. Not that the method has ever been something that assured all worthy authors of consideration, but at least there was no reason for this journal--or any other-- not to attempt to choose the crème de la crème of submitted books, or at least the books that best fit their editorial needs.

Second: There is no way that a reviewer who is being paid by the author or publisher of the same work under consideration can offer a fair review to her readers. After all, if the journal bashed 9 of 10 of these books, pretty soon no one would be paying them for a reviewing service! Further, no matter how fair the critique, it cannot be trusted any more than one trusts the press secretaries and spin doctors who work for this or any other president’s administration; when one is in the employ of another, one’s attitude is forever changed, for better or worse.

One of our industry’s promotion gurus recently informed his newsletter subscribers of this new “perk” offered by Kirkus. It would naturally appeal to his readers, many of whom are independent or small publishers or emerging authors. He said, “Do I think this is a good deal? No, probably not.” He feels that because of Kirkus’ fine reputation, it might be worth the fee (several hundred dollars!) for the value of being able to quote something positive from Kirkus.

He isn’t exactly wrong. He’s looking at this like the great promoter he is--something I, with a book out like The Frugal Book Promoter am in total sympathy with. But he isn’t exactly right either. The “assets”  that a publisher or author might reap from plunking down their hard-earned cash is going to be tainted--if not right now then later when people figure out that something here, truly stinks.

I’m dating myself with this story, but in the old days, journalism schools had ethics classes and they still do. We were told not to take out-and-out bribes or to accept gifts and to be very careful to write careful, clean, unbiased copy. TV reared its inexperienced head and producers hadn’t any training in journalism--or, obviously, ethics. The payola scandals emerged from the lush, rich land of TVland and everyone got squeaky clean because now (gasp!) the public had their number.

Well, I’m here to tell you that this is akin to the payola scandals. We have here another cycle. This kind of thing undermines the public trust and that public includes book buyers and the wholesale level and book readers at the retail level.  Thanks to a higher power who loves books we still have Library Journal and a few good newspapers but I worry. So far, Kirkus leads, makes a lot of money and others follow. And if so, our only hope will be to quit using their d--- products so they’ll die a well-deserved death! Let’s hear it from the public.  “Do not foul our free press! Leave our opinion pages and criticism unpolluted.”

If you think I am over-reacting, consider: Our Democratic system is based on free speech and our free press is its watchdog. Speaking of dogs again, they tend to have good noses. Mine is lots less astute and even I can smell something rotten in the publishing world. 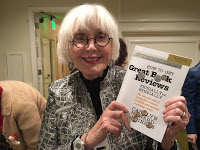 Carolyn, author of the multi award-winning #HowToDoItFrugally series of books for writers, has given up trying to convince periodicals who suffer from a very thin profit margin from backtracking and has instead turned to a book telling authors and publishers hoe to avoid the pay-for review scam and do it effectively. Find her  How to Get Great Book Reviews Frugally and Ethically: The ins and outs of using free reviews to build and sustain a writing career at https://bit.ly/GreatBkReviews.

Share on LinkedIn
https://www.linkedin.com/
And more via the icon bar below:
By Carolyn Howard-Johnson - July 05, 2020

Thank you for these wise words so writers do not pay for reviews. Reviews are important and it's hard for writers to get them but they need to consistently work at asking people for reviews and following up on their requests. It's important work for every author.

Thank you for taking a moment to bring us your perspective, Terry. You have such great experience!

Carolyn, what a great article. I've gotten promotional emails from a company that is saying they only charge a percentage of what Kirkus does for book reviews. It undermines what a review is supposed to do: be honest and alert others as to how good or how bad a book truly is. As you say, truth and partiality goes out the window once a review is paid for. Thanks for sharing!

Carolyn, you've always told the truth about the publishing industry and I trust your instincts professionally. I never had the problem of finding reviewers for free from 2010-2012. There seemed to be a plethora of author centric websites that would charge us for advertising, but never a review. I've always felt that getting a fellow author to review our new titles was a last resort, but paying for a review has hit the bottom of ethics. I'm not sure where the industry is headed on reviews, but I climbed out of fiction because of the theft of all my titles by China and other countries...sigh, you are the best honey.

It may seem like becoming an author today is a no-brainer. You just write something, get it up on Kindle, and you’re an author. Well, th... 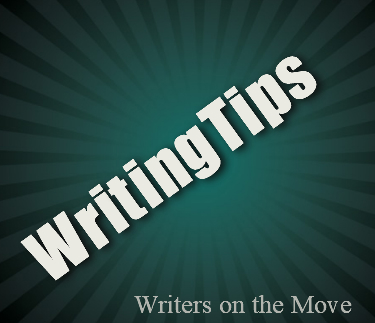