Marketing Preps You Should Do While You Write Your Book 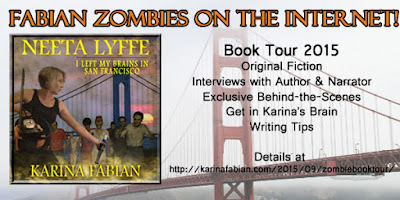 It’s a fact of an author’s life that they will have to promote their book – book tours, extra materials for blogs and social media, and angles they or their publicists can exploit. Often, however, writers treat the writing and the marketing as two separate phases. I’ve done this myself, and the result is time lost going back over the book mining for pull quotes, reviewing endless emails and notes for the tidbits that make good interviews, or struggling to remember who helped with what scene.

I’ve learned the hard way, but after 11 books, I’ve found there are some things you can do while writing and editing the book to make the marketing of the book easier once published:

1.    Have one copy with all your commentary: Who gave you the idea? What links did you go to for research? Was there a scene you cut you can use as an extra? How did you come up with this scene?  This will help you immensely when doing your acknowledgements page and for interviews, etc. Use the Comments function of your word processor or stuff it into the appendix.

2.    When you’re in the final editing stage, copy and paste one-liners that might make good Tweets or Facebook posts.  Tweets need to be about 100 characters so you have room for the link of the book later. Put these in a file. I aim for 30 so I can post one a day for a month.

4.    If you do an online book tour, people will want you to guest post, often about something to do with the writing of the book. When you have 15 blog posts to write in a couple of weeks, it can get hard to come up with ideas. Therefore, if something about what you’re writing at that moment strikes you, make a note, write a short paragraph, or do an outline and save it in a promotions file. Some examples: special research, a sudden insight that fed a scene – or insight about a scene that impacted you personally - something new you learned or tried while writing. Keep these in your annotated file or put them in a separate document.

5.    Jot down the answers to these questions because they will be asked during tours. Yes, do it now, because it may be a year or more before the book is published, and you will hopefully have written more books as well. Things get blurry and jumbled in the memory.

* What was the best part of writing this?
* What was the worst?
* Did you have any issues you had to research or rewrite?
* Did you learn anything new?
* Did anything/any character surprise you?
* Any funny stories associated with writing this book?
* Any lessons learned?

Marketing is never an easy thing, but it can be fun. We had a good time prepping for the I Left My Brains in San Francisco audiobook tour. It was easier because I already had a lot of materials prepared. I hope these tips can make your marketing experiences more enjoyable as well.

Be sure to check out Karina's Zombie series:

On vacation at an exterminator’s convention, she's looking to relax, have fun, and enjoy a little romance. Too bad the zombies have a different idea. When they rise from their watery graves to take over the City by the Bay, it looks like it'll be a working vacation after all.

Enjoy the thrill of re-kill with Neeta Lyffe, Zombie Exterminator.

HERE'S AN EXCERPT FROM THE BOOK

"Hi! Welcome to Zomblog!  It's ‘Time to Re-kill!’  This is Kelsey Gardenberger, and we are reporting to you live from Fisherman's Wharf, where zombie exterminators Rii and Hi Lee of Bay
Exterminations have been called in to take out a zombie."

Police held back spectators who had cell phones to film the event.  On the ground lay a man in a black-and-white striped shirt, black pants with suspenders and gold makeup on his rotting skin.  He pounded on the air with imaginary fists, and then felt along imaginary walls with his hands.  Where he should have had fingers, only mangled skin and bare bones showed. Rii and Hi, both in protective gear, watched the prone figure and spoke among themselves.  The zombie continued his act unconcerned, except to pause now and again and make drinking motions before pointing to the top hat waiting beside him.

"It looks like Rii Lee and Hi Lee have decided on their strategy.  Despite the fact that the zombie appears so docile, it could turn violent at the slightest provocation--and if you don't believe me, check out 'Don't wave that thing at me!' on the Zomblog archives.  They're starting!"

While Rii stood by with a power blaster of anti-zombie foam, Hi ambled up to the prone zombie, sword relaxed but ready in his left hand.  He watched the undead mime its struggle against the imaginary coffin, nodded appreciatively, and tossed a twenty into the hat.  The Wasted Mime started clawing with fervor, dug himself up, and brushed himself off.

Some of the crowd in the front stepped back.

It picked up the hat, checked the money.

The crowd took in a breath.

The zombie bowed back, deeply and theatrically.

Hi lashed out with his sword, its blade cutting deeply and theatrically into the zombie's neck.

The re-killed corpse folded over.

The crowd broke into wild cheers.

Kelsey smiled big for the camera.  "And there you have it!  Looks like a mime isn't such a terrible thing to waste after all.

Winner of the Global eBook Award for Best Horror (Neeta Lyffe, Zombie Exterminator), Karina Fabian’s writing takes quirky tales that keep her--and her fans--amused. Zombie exterminators to snarky dragons, things get a little silly in her brain. When she’s not pretending to be an insane psychic or a politically correct corpsicle for a story, she writes product reviews for TopTenReviews.com and takes care of her husband, four kids and two dogs. Mrs. Fabian teaches writing and book marketing seminars online.

Find I Left My Brains in San Francisco at:

More about it at http://zombiedeathextreme.com

~~~~~
Want to write and publish your own book? Check out: 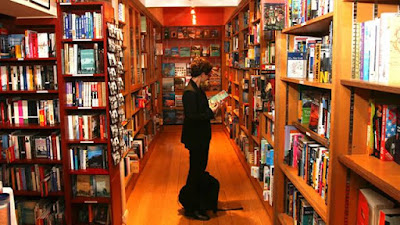