If punctuation is a guide to help your reader understand more quickly and easily, then hyphens can be very useful signposts.  One of the most important and overlooked functions of the hyphen is to warn the reader, "Hey, I'm a compound adjective!"  Unfamiliar with the terminology?  It doesn't matter.  Your readers' brains are familiar with the reality.

Hyphens, just like commas, can decide who lives and who dies.

Rule:  If a compound adjective comes before a noun, you can (and often should) hyphenate it.

Note:  Some people prefer to leave out the hyphen if the meaning is clear without, but that can be dangerous.  The meaning is obvious to you, since you wrote it.  The reader doesn't have the same advantage.  So be careful if you decide to omit these hyphens.  And always be on the lookout for situations where the lack of hyphen can completely change the meaning, as in the examples below.

From Grammarbook.com (a great resource)

Here are some other examples that aren't so ambiguous but that will still often trip up the reader for a moment if you leave out the hyphen.  Making your reader stop to think and re-read is something you should reserve for clever plot twists, elegant and thought-provoking lines, or intriguing ideas.  Don't make them stop and re-read because of lacking punctuation.

For more in this series:

Melinda Brasher currently teaches English as a second language in the beautiful Czech Republic.  She loves the sound of glaciers calving and the smell of old books.  Her travel articles and short fiction appear in Go Nomad, International Living, Electric Spec, Intergalactic Medicine Show, and others.  For an e-book collection of some of her favorite published pieces, check out Leaving Home.  For something a little more medieval, read her YA fantasy novel, Far-Knowing. Visit her online at http://www.melindabrasher.com.

Melinda, I love this topic. I cover it in The Frugal Editor (http://bit.ly/FrugalEditor along with a lot of other mistakes that authors often make without knowing it. I also cover the difference between style choice and grammar rules. I mean, our English teachers didn't teach us everything and most of them knew nothing about publishing! (-:

Melinda, what a great article. I love all the examples. I use hyphens, but hadn't thought of some of the word combinations you have listed for easier reading.

And, love that image! 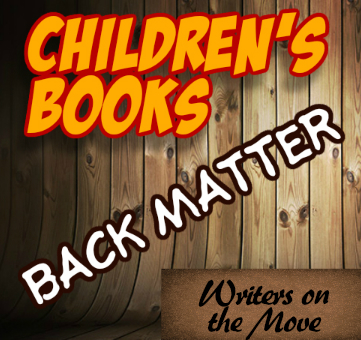