How to Use the Power of Asking 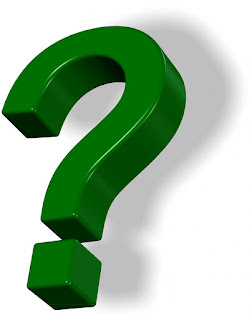 Mega-promoter P.T. Barnum said, “Without promotion, something terrible happens. Nothing.” This statement is true for promotion and marketing but it is also true for almost every aspect of the publishing business.

If you are not tapping into the power of asking, you are not having opportunities for your writing to be published and sold.

For example, if you want more reviews on Amazon for your books, are you consistently asking people if they are willing to read your book and write a review?

It's been proven that a steady stream of reviews on Amazon (even if your book has been out a while) helps your book to sell even more copies. I understand it is important to get over 20 Amazon reviews (if possible) and 50 reviews is another benchmark. And when it comes to these reviews, I've often found willing people—but they haven't posted their review.

Part of the process is to return to these individuals and make sure they have the book and remind them about the review. I get the challenges in this situation. There is a lot to read and write about since new books are being released into the market every day.

If you want to do more publishing in the world of print magazines, are you creating article ideas and pitching them to editors? I'm not talking about doing it once but over and over on a regular basis.

You need to learn how to write a query letter then write your ideas and send them out to editors. I'd love for more editors to approach me with their ideas—but that is not my reality—even though I've written for over 50 magazines. Instead I have to ask editors to write for their publication.

If you want to get a literary agent, are you crafting your proposals then consistently pitching agents? Every agent receives numerous pitches every day and you have to be part of those pitches.

As another strategy, are you going to conferences to meet agents and editors face to face and make your pitches? As editors (and a former literary agent), we work with people that we know, like and trust. Nothing happens if you sit back and do not actively pitch editors and agent.

Are you writing a book and need someone with a high profile to write the foreword for the book? Or does your book need some endorsements?

Readers buy books every day because of endorsements and the foreword for the book—even if behind the scenes you had to write these endorsements. You will have to ask others for these endorsements, then probably give them a deadline, follow-up and even offer to write them a “draft” endorsement for it to happen. See how you have to be actively involved in this process and be asking for something to transpire?

While we depend on email, know that email can often not deliver—so make sure your pitch is reaching the right person and they are able to read it—even with a quick follow-up call or follow-up email to see if they got it.

If you don't have enough writing work or your books aren't selling, then I encourage you to become more active in asking others to buy your book or publish your work. Every writer (including me) would love to not have to ask others and have editors and agents clamor for their writing and work. In an extreme few cases, these writers exist—but for the bulk of us, we have to continue to pitch our work, promote our writing and get in front of new audiences.

How are you using the power of asking in your writing work? Let me know in the comments below.

Are you using the power of asking? Get ideas here from a prolific writer and editor.  (ClickToTweet)

Why Writers' Conferences are Important
http://www.right-writing.com/conference.html

--------------
W. Terry Whalin has been an acquisitions editor at three publishers and is a former literary agent. For the last five and half years, Terry has been acquiring books for Morgan James Publishing, a New York publisher doing about 150 books a year. His contact information is on the bottom of the second page. Terry has written for more than 50 print magazine and published more than 60 books including his classic Book Proposals That $ell, 21 Secrets to Speed Your Success. He has over 220,000 followers on Twitter and lives in Colorado.